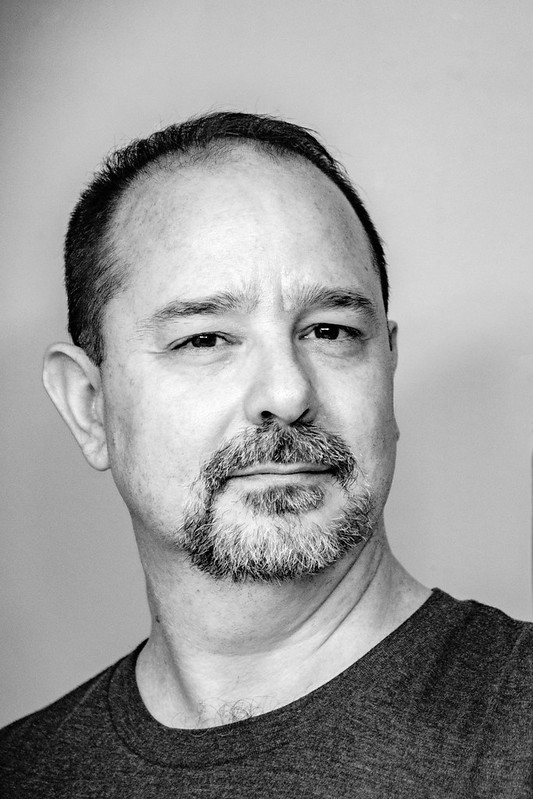 You didn’t know this because I didn’t say anything about it, but I recently had a brief mid-life crisis, which I thought was about turning 50. And because I was efficient about it, I had it last year.

What had happened was, after I was done with my book tour for The Consuming Fire in October, I spent most of November and December in a funk, seemingly for no particular reason. I was spending most of my time laying on the couch and/or being snarky on Twitter rather than writing pay copy, which is intellectual equivalent of laying on the couch. I wasn’t aware of this funk for a bit, because it’s not unusual for me to spend a couple of weeks after a tour, in which I am on all the time, in a bit of an introverted recuperative phase. But it eventually got to a point where even I realized this laying around thing had gone on too long, and maybe there was something more to it than just being “peopled out.”

My brain, being my brain, offered me a simple and attractive solution to my issue: It’s because you’re going to be 50! It said. In, like, half a year! And then you’ll officially be old! You’re finally having your midlife crisis!

Which, at first blush, seemed to make sense. After all, when you’re fifty, even if you contend that you are not in fact old, you have to accept that by no reasonable consideration are you young anymore — “Too Old To Die Young,” is the way I’ve been phrasing it to people. With the realization that you are too old to die young comes certain other realizations, not only of banal mortality (actuarially speaking I am likely now to have more years behind than ahead, although I definitely have years ahead) but of what the rest of one’s life will be like. The saying “Today is the youngest you’ll ever be” means something different when you understand that the next 20 or 30 years will bring a diminution of physical and mental strength and ability.

At best you’ll be able to manage the decline; at worst, your ability to manage that decline will be taken from you. Some things that you always wanted to do you’re likely never to do. Some paths you could have taken you can no longer turn onto. You’ve become who you are and for better or worse you’ll be living with that person for the rest of your life.

So, yes: being somewhere in the neighborhood of fifty seemed like a really good excuse for a midlife crisis that I never managed to get to before. Time — finally! — for that convertible sports car and that twenty-three year old!

The thing about midlife crises is that, in my experience, they’re not about age but unhappiness — unhappiness about some aspect or aspects of one’s life, along with a feeling of helplessness about ever being able to change that thing without (intentionally or otherwise) blowing up a large portion of your life, which you probably don’t want to do. And “midlife” is a fine time to feel that, because by that time you’ve had enough time to become unhappy, and to see those feelings of regrets and missed opportunities pile up until you can’t avoid them anymore.

So before I could officially declare I was having a midlife crisis about becoming fifty, I had to ask myself: Leaving aside the possibility of clinical depression (which is a whole different can of worms), am I actually unhappy? And if I am, what is it that I am actually unhappy about?

(And yes, it’s a telling aspect about me and my personality that I can’t just have a funk without examining the root causes of it.)

I was, in fact, unhappy.

Okay then, but about what? Career? Well, no, my career is going along great — I’m happy with the work I put out in the world, and I’ve been fortunate to have bestsellers, awards, adaptations, fans and travel and all the money I need for my life. Marriage? Again, no: I’m as in love with Krissy as I’ve ever been in our lives together, and still happily amazed I get to be with her. Kid? My kid is great and remains the perfect kid for me. Friends? I have many, and they are terrific people, and every day I feel fortunate to know people who are good and kind and talented. General quality of life? It’s very high, and more importantly I am satisfied with it on a day-to-day basis. There’s not much I would change about my life and the people in it.

I was unhappy both with the way I looked and felt physically — and, with respect to becoming 50, I was also aware that how I decided to treat my body today was going to set the bar for the next fifteen to twenty years and beyond. I was finally at the age where, as an otherwise healthy, able-bodied person, I had to decide what physical quality of life I wanted to have, essentially, for the rest of my life.

This is why, the day after Christmas, I started exercising and counting my calories. And it’s worked: As I’ve noted elsewhere, my weight is down twenty pounds since December, I’m close to my weight goal, and my overall physical health is better than it was. I feel better.

And along with feeling better, that “midlife crisis” of December appears to have fizzled out entirely. I’m 50 today, and today I’m happy. Not just because it’s my birthday, but because in looking forward to the next decade and beyond, I’m excited about the potential for it. I’m happy today and if my life stayed as it is now, I would be delighted to write books, put them out there into the world, and to see and cherish friends and family. But right now there seem to be opportunities to do all that and more, in my personal life and in my career, and to keep growing and moving forward and seeing what happens next. And that’s pretty great.

And yes, all that stuff I mentioned before still applies — I’m getting older and I’ll be getting older faster as I go along. Some things I’ve idly wondered about will always have to be idle wonders. And who I am now is likely to be who I’ll be moving forward. Beyond that, life is almost never a best case scenario. In the next decade life will throw me curveballs and potholes, because that’s what life does. You never do know what’s next, until it happens. I could be consumed by the proverbial bear tomorrow.

But that’s what life does in every decade, truth to tell. In my twenties, I expected to work at a newspaper all my life. In my thirties I thought writing novels would be a side gig at best. As my forties begun I had yet met some of the people who have become some of the most important in my life. My life is not what I expected, save for the simple idea that I always knew I wanted to write (which in itself isn’t entirely true; when I was ten I wanted to be an astronomer. Writing turned out to be the backup gig). I don’t know what my fifties have in store for me either, except that so much of it will be something I can’t expect today.

What is important is how you approach moving forward. And today, on my birthday, turning fifty isn’t a crisis for me, midlife or otherwise. I feel good physically and mentally. I’m happy with my life today. I’m looking forward to all the rest of it.

It’s a good place to be when one is starting a whole new personal decade. Let’s see where things go from here.