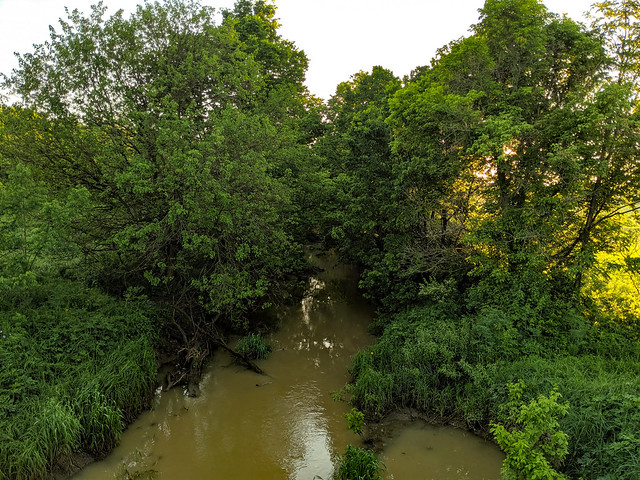 Here’s a view I’m not sure I’ve shared with you before: a picture of Harris Creek, which more or less parallels the street I live on, from the bridge that goes over it. I took the picture as I was taking a walk yesterday (I pulled a leg muscle last week, so I’ve been walking outside at a moderate pace rather than running, until it gets better). Late May is a verdant time here in rural Ohio. Also there are fish and turtles and crawdads down there in the creek. It was a nice walk.

16 thoughts on “The View From Harris Creek”