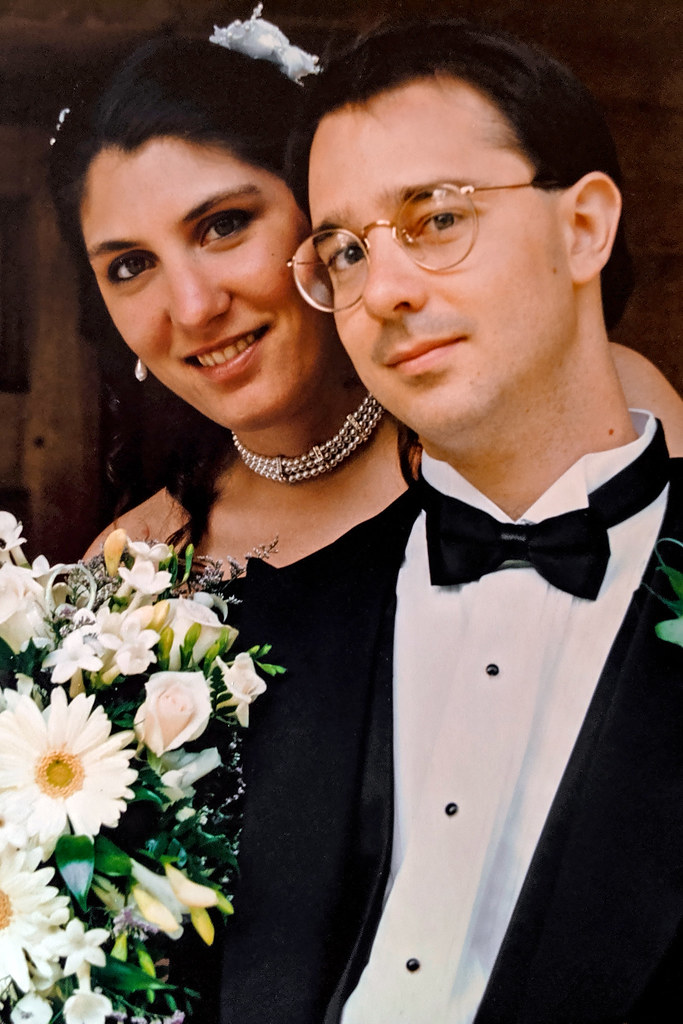 Fun fact: As of today, Krissy and I have been married for 24 years. Also fun fact: Every day I get to be married to Krissy is a good one. Many of those days are great! And some of them are genuinely spectacular.

I hope you have a very good John and Krissy Got Married Day as well.

I woke up this morning and checked Twitter and discovered that Neil Gaiman had told me to take a hike — or more accurately, he had tagged me as someone he challenged to walk 2,000 steps by Refugee Day (which is June 20th) as part of #StepWithRefugees, to raise awareness of the roughly one billion miles refugees, in aggregate, walk each year to try to find safety. 2,000 steps is roughly a mile, so the idea is something akin to walking a mile in someone else’s shoes.

So I got out of bed and took that walk, and of course, because such a public challenge by Neil requires documentation, made a video of my morning perambulation. In the video you will see cats, cranes, frogs, headstones and Amish, and, of course, me. Yes, the video is in portrait mode. Sorry. It was early.

As part of the challenge I was meant to nominate three other people to do this walking thing, so I nominated Chuck Wendig, Joe Hill and Yanni Kuznia. But there’s no reason you can’t do it as well. Go take a hike (or walk, or run, or swim, it all counts). As you’re doing it, think of the people who walk not because they want to, but because they have to. And think about the people who, at the end of their daily walk, don’t get to come back to a home that is safe and sound.