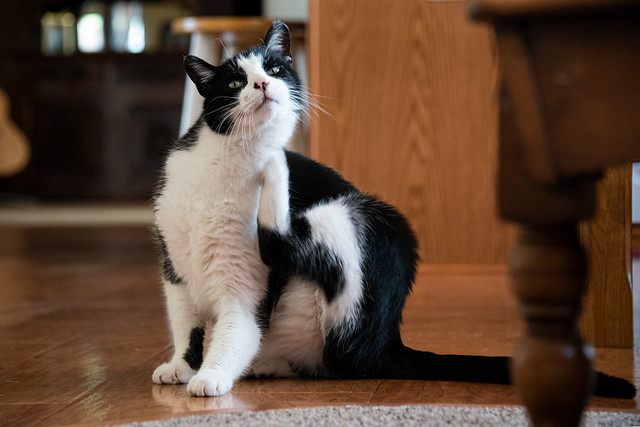 He’s got an itch. He’s gonna scratch it.

As the Senior Cat at the Scalzi Compound, Zeus sees relatively less media attention than the others, particularly Smudge, who is lately the star of the the show. So I thought it would be nice to give him a moment in the spotlight, as it were. Now, mind you, he’s a cat, he doesn’t care. Even so.

And with this post we close up the first half of 2019, which for me was… surprisingly good, and also kind of exhausting. Let’s see how the second half of the year turns out.