The Not Cool Reincarnation 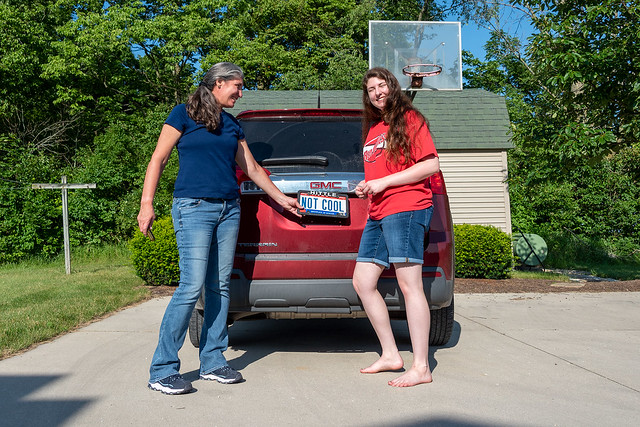 As an addendum to last week’s post about our minivan, which held the license plates “Not Cool,” being towed off after 16 years of service, here are Krissy and Athena attaching said plates to Athena’s new vehicle, a GMC Terrain. As we all know, the soul of a car is contained in its licence plates, so this is the official Not-Coolmobile reincarnation. The “Not Cool” plates are not quite as on point with an SUV as they are with a minivan, but they will still probably get a few double takes now and again, as they did on the old vehicle. Long may this new incarnation of Not Cool ride.

12 Comments on “The Not Cool Reincarnation”