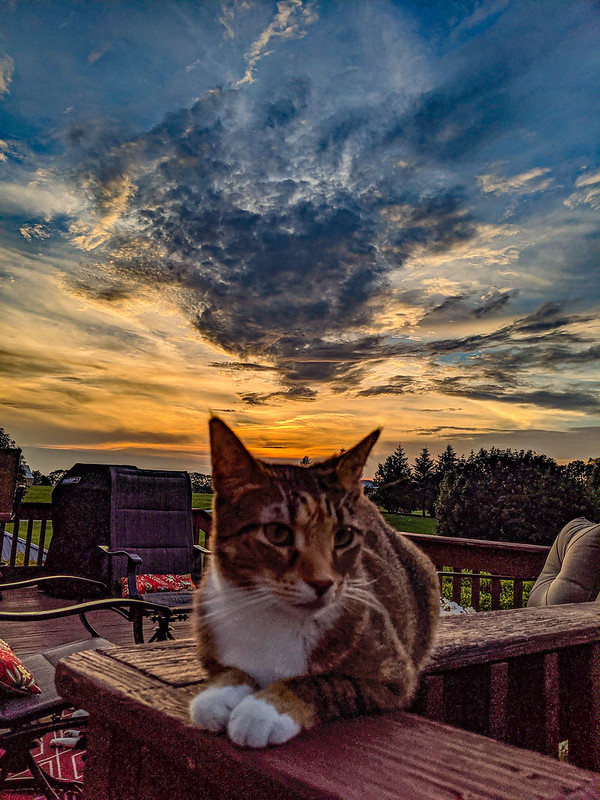 Spice has all the fireworks she needs behind her. She’ll probably get more over the next couple of days, to be sure. 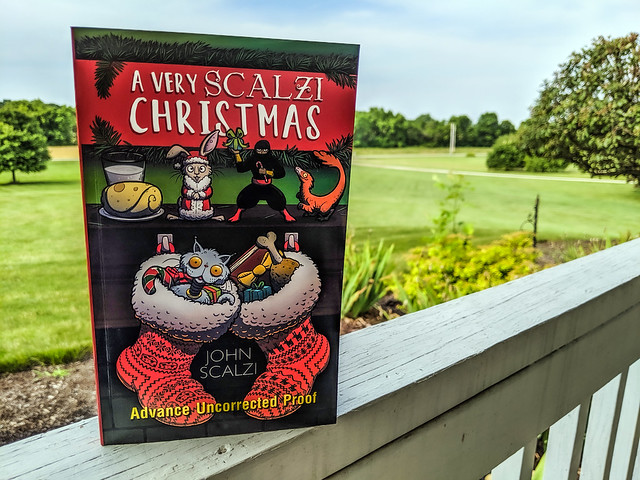 Hey! Want to win this ARC of A Very Scalzi Christmas, a collection of Christmas-related stories from me, including three new, never-before-published stories (including one ironically called “Christmas in July”)? Well, you can! Here’s how:

1. I just rolled a number between 0 and 999 using a ten-sided die (which I rolled three times), which I have now duly recorded. Your mission: guess which number it was.

2. Post your guess in the comment thread for this post, using a valid email address so I can contact you if you win (Put it in the email field, not in the body of the comment; that way no one will see your email address but me, and I’m not going to use it for any purpose other than this contest). Only one guess per person, please; additional guesses from the same person will be discarded.

3. If more than one person picks the correct number, I will use a random number generator to pick a number between one and [whatever the number of correct answers] and then pick, based on chronological order, the person who corresponds to that number. If no person picks the correct number, then I will pick the person who is the closest to the number, going down (so if the number is x, then I’ll look at x-1, then x-2, and so on). Again, if there are multiple guesses at that closest number, I’ll pick a winner based on the manner noted above.

4. If you are that person, you win! I will sign the ARC (and personalize it if you like) and mail it to you wherever you are on the globe. So, yes, this is open to everyone who has a valid mailing address, even if you live somewhere else than the United States.

Or, if you decide the laws of probability may not work entirely for you in this endeavor, you can pre-order the signed, limited edition of A Very Scalzi Christmas from Subterranean Press directly, and when you do not only will you get the very handsome hardcover edition of the book, signed by me, you will also get the electronic version of the book as well. Two formats, one price!

And that’s it! Guess away!