Endgames, Tinkerbell and Happily Ever After 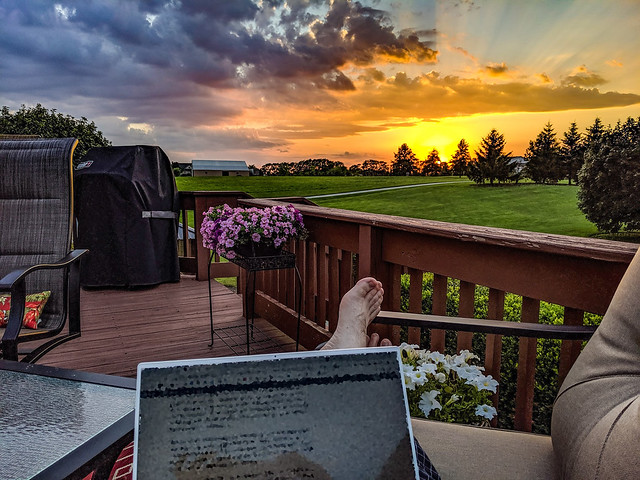 In the wake of a recent mild uptick in people being angry at me for existing, a question in email, which I am paraphrasing for brevity:

What do you think these people are hoping for with these posts? What’s their endgame, and how do they think it will affect you?

Well, in the case of the angry member of old-line fandom, I don’t think there was any expectation for anything to happen except her venting to other members of old-line fandom, which she did, and good for her. I hope she feels better and can move on to healthier uses of her time. That’s all that needs be said about that.

In the case of the alt-right dingleberry actively hoping for the collapse of traditional publishing (or at least Tor Books), which will presumably take me down with it: I think the plan there was reassuring the other dingleberries with whom he corresponds on social media that, yes, indeed, one day my virtue-signaling self will get mine, along with all of traditional publishing (or at least Tor Books), and what a glorious day that will be for them. As this particular alt-right dingleberry self-publishes on Amazon, there’s also the implication that upon the smoking ruins of traditional publishing (or at least Tor Books), and the dessicated bones of all the SJWs that toiled there, will come a new age where these alt-right dingleberries and their work will finally take their rightful place at the top of the science fictional heap, while I and my sort, I don’t know, maybe suck quarters out of vending machines to survive.

And, I guess, sure, maaaaaybe? But probably not? This shouldn’t be a spoiler to anyone here, but the fact is that Tor is fine, and I’m fine, and even if Tor disappeared tomorrow and I couldn’t find someone else to publish my print work — either of which is, uhhhhhh, unlikely — I’d still be publishing and getting paid for novels well into the 2020s because I have a deal with Audible that mirrors my Tor deal. Audible, you might know, is owned by Amazon. I suppose there’s some irony in the fact my career would be seamlessly continued by the same company where this alt-right dingleberry peddles his own wares, and which he views as the future of publishing; I imagine it’s frustrating to fantasize about the destruction of someone’s career, only to discover he’s already set up shop on the street you thought you had claimed, and his business there is booming. But of course that’s his problem and not mine.

(Mind you, I’m pretty sure this alt-right dingleberry doesn’t actually care about whether traditional publishing collapses or not — he just wants authors he doesn’t like not to have careers, and is working backwards from that proposition to a scenario that will allow such a thing to happen. If all of traditional publishing implodes, these three authors I dislike will be out of work! Bwa ha ha hah ha! This is like thinking the solution for the squirrels that come down from the trees to steal birdseed from your backyard feeder is setting fire to the forest behind your house. Seems like the long way around, and there’s a lot of collateral damage, possibly to your own house.)

I don’t think there’s an “endgame” to this, because there’s nothing these dudes can do to change anything; the game isn’t about change, it’s about identity through self-delusion. This alt-right dingleberry and the other dingleberries like him are employing a Tinkerbell strategy with regard to me and other writers they don’t like — they think if they just clap hard enough, the thing they want will happen, which in this case is me and a few other people they dislike not having careers. This Tinkerbell strategy is immune to facts and reality, which is nice for them, and in my particular case mostly harmless. It’s fine if they want to believe I’m failing and my career is a sham that will come tumbling down any second now. They can claim my sales are fake all they like. The royalties are real enough.

Also, you know. Here’s the thing. Even if this alt-right dingleberry could wave a magic wand and stop my career in its tracks tomorrow — no more sales, no more books — it’s kind of too late, now, isn’t it? I’ll still have had a nice 15-year run in science fiction and fantasy, where I sold a lot of books, won a few awards, worked on a couple of things in TV, and met lots of awesome people I will be friends with all the rest of my life. You know the part of the story that goes “and they lived happily ever after”? I’m already there. If more happens: Great! If not, it was a good run and a hell of a good time.

Well, keep at it, dingleberries. I’ll be writing books while you clap your hands sore. That’s my endgame, and my happily ever after.

← The “Christmas in July” Winning Number Is:
Smudge Watches Over You This Monday Morning →

59 Comments on “Endgames, Tinkerbell and Happily Ever After”