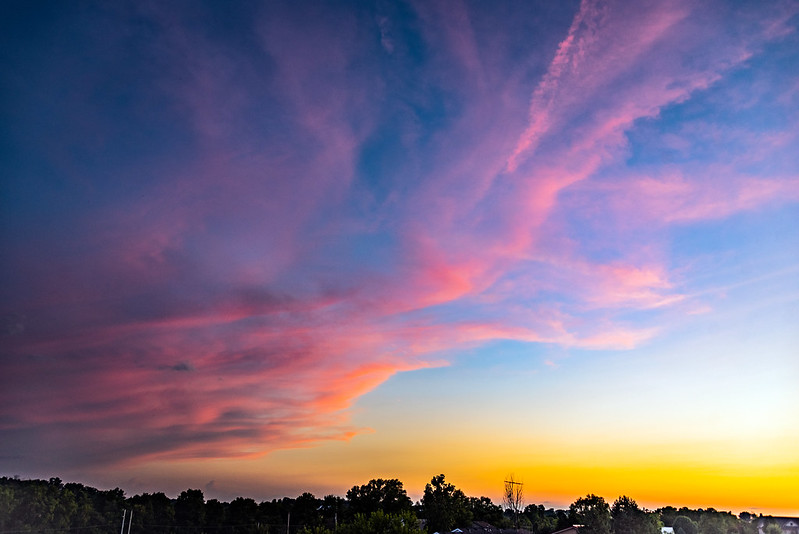 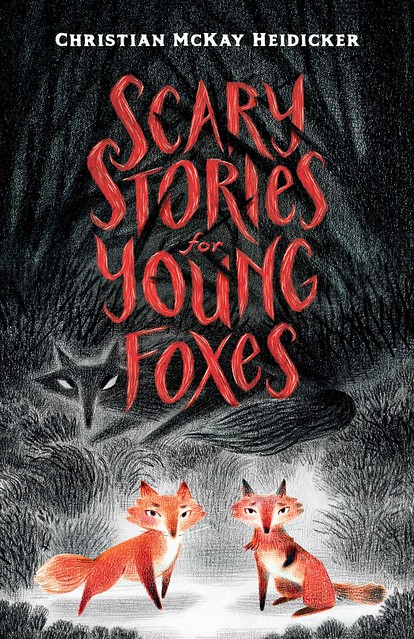 How scary is too scary? Or not scary enough? And does the calculus change when you’re writing for a younger audience? These are the questions that Christian McKay Heidicker confronted when writing Scary Stories for Young Foxes. Don’t be frightened: His answers await you below.

When I started work on Scary Stories for Young Foxes, a middle-grade novel for ages eight to twelve, I had a tough decision ahead of me.

How scary should I make this thing?

The book is a retelling of classic horror tropes from the perspective of fox kits. Outside of some narratively necessary anthropomorphism (the foxes talk), I tried to make the story as scientifically accurate as possible. So, the zombies are rabies-infected foxes. The ghost is a white-furred predator that’s camouflaged by snow. And the witch is a woman who taxidermies small critters in order to sketch them for her children’s book. (This person was real, by the way. Her name was Beatrix Potter. Apologies if I just ruined your childhood.)

I had a vision and a formula. I just needed to decide how far to push the horror for my tender-aged readers.

Many fox kits don’t survive their first winter. The world is filled with hawks and badgers and tractors and traps that will snuff out their innocent, adorable lives. If I was going to be honest, then young foxes were going to die in this book. This started a tug-of-war in my brain.

Animal deaths in fiction seem to be more difficult for us to cope with than human ones. A good author friend stopped watching Game of Thrones because “They keep killing the direwolves!” Another friend still gets teary-eyed when she talks about Hedwig. Save the Cat, the all-time bestselling book about screenwriting, encourages writers to always, ALWAYS rescue the pet. I was caught between being honest about nature and breaking one of the golden rules of storytelling. So, I started searching for a model for how to be honest about fox experiences without disturbing my young readers beyond reason.

Of course, animal deaths are prevalent in popular children’s fiction: Where the Red Fern Grows, Black Stallion, Old Yeller, The Yearling. But these stories follow a specific formula: the death always comes at the end, and it teaches the reader a Big Lesson, be it about morality, responsibility, or even just introducing kids to the concept of death. But none of these stories qualify as horror. In order to deliver on the promise made by SSFYF’s cover, I’d need to shiver my readers’ whiskers from start to finish. I kept searching.

Fortunately for my book, anthropomorphized deaths seem to be less traumatizing than those of “real” animals, who have little to no agency. Charlotte from Charlotte’s Web was aware of her own mortality, so her death felt more like grandma slipping off to sleep. Aslan from Narnia obviously has his own thing going. And the splatter-horror fest that is Watership Down is mercifully shelved in the adult section.

Disney movies weren’t much help because they tend to exchange Big Lesson deaths for plot device. The Lion King and Bambi kill off parents early in the story so the main character can go on a great adventure. The best example I could find was in Pixar’s Finding Nemo. In the opening scene, the mother fish and ninety-nine percent of her eggs are eaten by a barracuda. It isn’t a lesson or a plot device but a bonding moment between father and son. Even though these are the last characters to die in the movie, the scene infinitely magnifies the threat of the deep, wide ocean our heroes about to get lost in.

Revisiting Finding Nemo emboldened me to make my book slightly scarier and to start poking at the literary norms. Why do we save animals in stories? Are we reasserting the obvious point that innocent creatures don’t deserve to die? Are we trying to convince the audience that we aren’t bad people and would never hurt a cat, not even a pretend one? Or are we just sweeping facts under the rug?

Considering that humans have developed into the type of creature that doesn’t like to know where our food comes from, I’d vote on the latter. We aren’t revolting against animal deaths in media for the animals’ sake—it’s for our own peace of mind. If anything, our ignorance of animal plights puts them in more danger. We only feel guilty drinking from plastic straws after seeing a YouTube video of one being bloodily extracted from a sea turtle. Most people I know tend not to finish these videos. I think this is because we’ve been trained to compartmentalize animal suffering from a young age. But I’m not convinced this does our kids any favors. As Neil Gaiman points out, “. . . if you are keeping people, young people, safe from the darkness . . . you are denying them tools or weapons that they might have needed and could have had.” Scary stories can be healthy for kids. But where was my model for how to tell the scary story I wanted to tell? David Attenborough to the rescue.

Right as I started writing the book, my fiancée introduced the BBC series Planet Earth to her young daughters. Those of you who have seen the show know that it can be harrowing. In one memorable scene, a lone baby iguana scrambles to escape a swelling tide of hungry snakes. My soon-to-be-stepdaughters barely batted an eyelash. In fact, I don’t think they blinked during the entire segment.

Was it scary? Absolutely. Did the girls pinch at their own elbows with worry for the poor baby iguana? You betcha. Did they whimper when some of the iguana’s siblings were caught and devoured? Of course. But did they want to see how it ended? Minecraft itself couldn’t have torn them away.

Most shockingly, the girls didn’t even cry. They’re four and six years old. They cry when I mess up the grilled cheese. But they accepted the iguana’s horrifying reality with quiet stoicism. There seems to be something about nature that kids inherently understand. Prey has to die so the predator can eat. The rain stops, and there isn’t enough water to go around. Humans tear down forests, leaving behind homeless orangutans. And there’s no all-powerful author who read Save the Cat to write them out of it.

Of course, nature documentaries always end on a hopeful note. Life finds a way. There’s no use in telling kids that the Earth is dying if you can’t also tell them there’s something we can do about it. You’ve gotta scrape a little char off that burnt grilled cheese.

After months of tweaking and balancing and adding a lick on the whiskered cheek for every gnash of teeth, I tried to make Scary Stories for Young Foxes land in what I call “Cozy Horror.” So long as there’s balance to the world . . . so long as life continues . . . things can get pretty scary. And instead of disturbing them to sleeplessness, I’m hoping my book will provide readers with tools to face the challenges ahead.