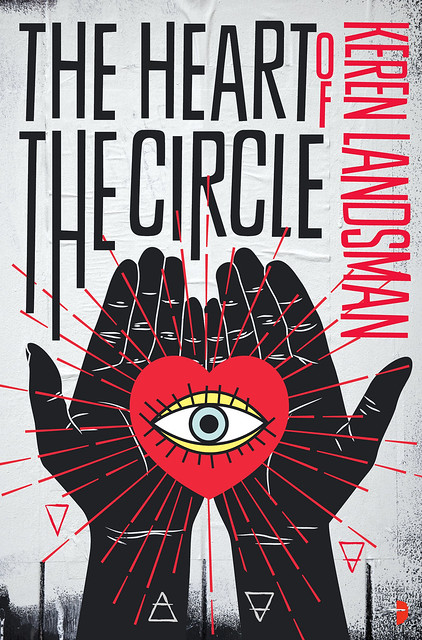 I had a big idea. I was going to write about the murder of Shira Banki in Pride in Jerusalem in 2015, and how it affected writing The Heart of the Circle. It was supposed to be a very inspirational post, about what I think being an ally means, why literature is important and how it can change people’s point of view, with a call for action at the end. It would have worked lovely with the book’s main theme about social awareness, joining forces against extremists and highlighting marginalized population. But my country is in flames as I’m writing this, and that post is as far away from me as possible.

Selomon Teka, an 18 year old boy was killed a few days ago. The cause for his death changes according to whom you prefer to listen to. Either he was a trouble-maker who started a fight and threatened a police officer who tried to calm spirits, and got shot because of it, or he was innocent, just had a fight with his friend, and the police officer meddled for no reason, shooting him point-blank, killing him.

The only things that remains constant in both the police’s version and the family and friends’ version is that he is dead. And that the boy was Ethiopian. Which means his skin was dark.

When I write, I do so to deal with the real-world, when reality becomes too unbearable for me. I put all of my confusion and pain into my writing, and things feel better after that. I wrote about prostitution when I started working in a free STD clinic in south Tel Aviv and got to know the sex workers that came to me. I wrote about trying to cheat death after a close friend died suddenly. I started writing about LGBTQ rights after that same friend, a few years earlier, explained to me what it means to be gay in our so-called free country.

We talked a lot, and from those conversations Reed and Lee were born. The world in which my characters lived was way better in the first draft, but then Shira Banki was murdered in 2015, and I realized what my story was really about. The Big Idea behind The Heart of The Circle isn’t that big – it is simply the notion that we should treat people with respect.

Now, you see, that’s what I was going to write about. But the world clearly had different plans. Selomon Teka’s death started demonstrations all over Israel, and some of them were violent. People were blocking roads, throwing rocks, fighting with police officers, and burning tires. When I say my country is in flames, I mean it in the most literal way.

The stories that surfaced since Selomon Teka’s murder exposed an ugly, brutal, segregated Israel, which I thought had disappeared into the eighties, after huge waves of immigration from Ethiopia. People are now speaking of police harassment, unjustified body searches and arrests, and I don’t know what to do. I have no words. Because what can I say? “Don’t judge a person by the color of their skin”? From what I’m seeing on my Facebook and Twitter feeds, not everyone agrees with that idea, one which I didn’t think was that ‘big’ in the first place.

People die in my country every day. We have many problems here and a lot of injustice. And in weeks like the last one we just had, I continue to wish more people understood those most basic human concepts: respect, acceptance, kindness.

Maybe it is a big idea after all.