1. Looking at a conversation of some crankybottoms dissing me (among others) as a postmodern scribbler who has no time for the great writers of western civilization and therefore has no knowledge of the “deep norms” of genre and therefore my writing sucks. Well —

2. Being accused of having no time for the great writers of Western Civilization is amusing to me, as someone a) who went to the University of Chicago in the era of its “core curriculum,” b) has a philosophy degree from there, c) briefly had Saul Bellow as his thesis advisor.

3. (Not to mention having gone to a high school where I was made to read Cervantes, Shakespeare, Shaw, Twain, Sophocles, Stendhal, Conrad and Homer among others, and where I did a semester-long senior project on the life of HL Mencken.)

4. Likewise, the implication that I know very little about the field in which I write, nor understand the “deep norms” of the genre, is interesting. As an exercise for the reader, three titles of mine which constitute a counter-argument: OMW, Fuzzy Nation and Redshirts.

5. If my writing sucks (I don’t think it does, but I’m naturally biased), it’s not because of a lack of understanding of the Dead White Male Writers of History. In that department, I’m full up, my friends.

7. The chucklewits whining about the “deep norms” of genre appear to be under the impression that deviation from what they see as these norms is a heresy, i.e., not “real” genre writing, which is a convenient excuse to minimize and belittle anyone who colors outside the lines.

8. In point of fact an unwillingness to question and to argue against these presumed norms would doom a genre to uselessness and stagnation. And, I don’t know, maybe these dudes like their genre being “same shit, different day,” but lots of us don’t. Fuck “deep norms.”

9. These fumblethinkers believe anyone who doesn’t obey what they consider “the rules” are ignorant of those rules. Surprise! They’re not. But because they’re freely acting and thinking, they see these rules as tools: they use some, ignore others and make new ones when necessary.

10. Thus is genre and literature generally advanced and improved, and writers who follow this generation are offered more and different tools, which they can use (or ignore) in their own time. It’s a dynamic, not static, process. Which is as it should be.

11. In sum, don’t confuse lack of unthinking fealty to the past and its norms with ignorance of it. It will make *you* look, well, ignorant. And it suggests that you are interested in nothing more than “same shit, different day.” Which is on you, friend, and no one else.

To thank you for your indulgence whilst I did an 11-tweet thread about writing, please accept this picture of Smudge. 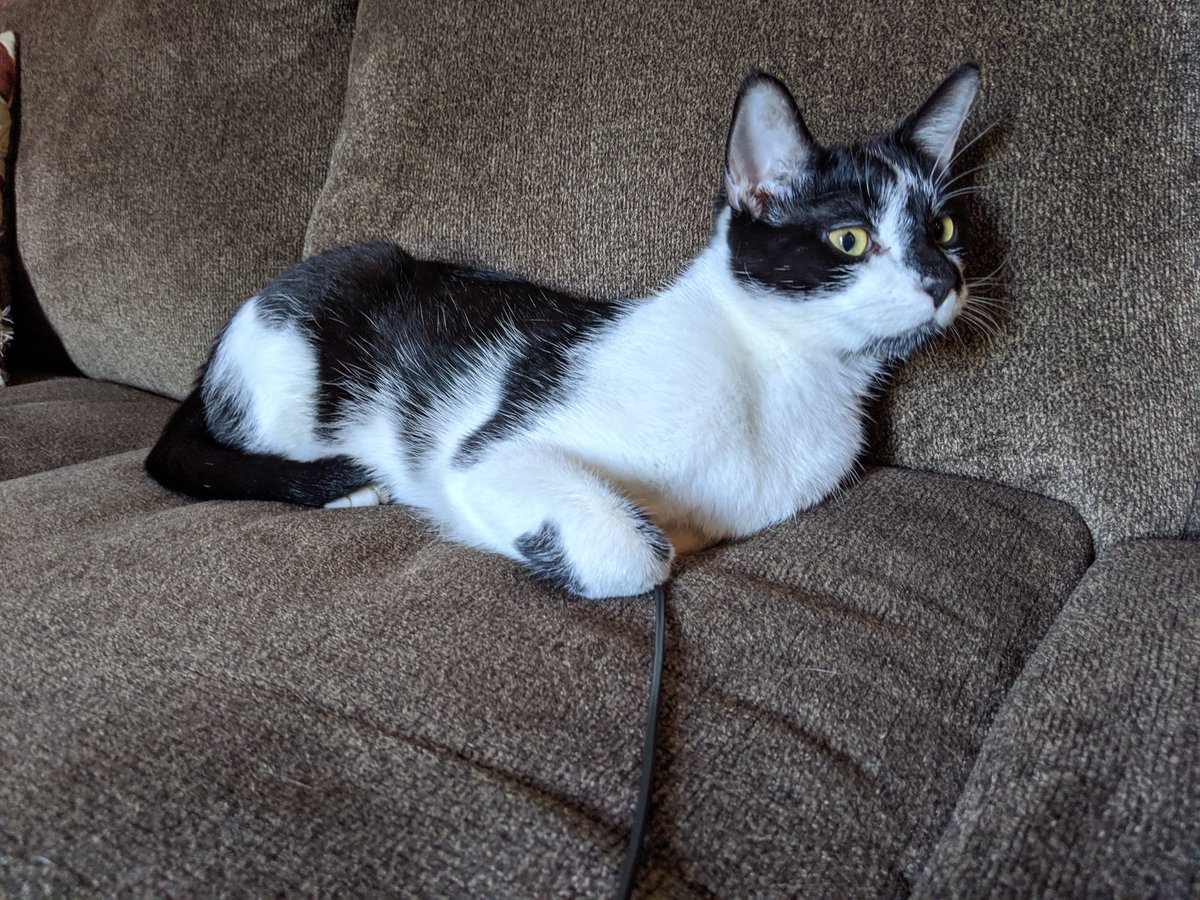 ← How I Spent My Week Away From the Internet
The Big Idea: Annalee Newitz →