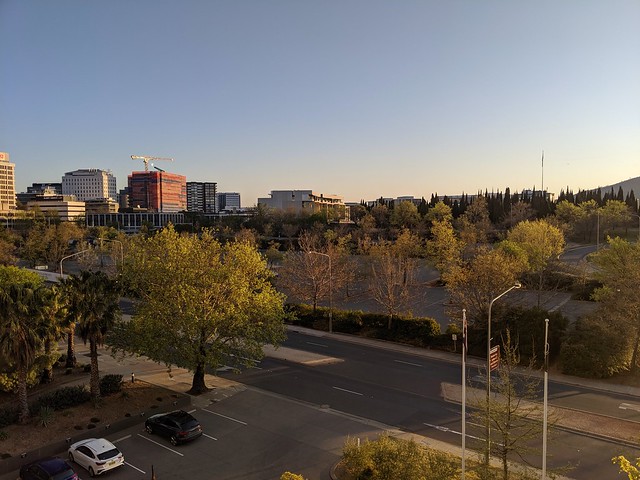 It’s a nice view. I’m here for the “Science Fiction and the Future of War” seminar, at which I’ll be giving the keynote address in a couple of hours. Canberra and Australia are enjoying the beginning of their spring, and apparently there is a flower festival going on, so tomorrow during my time off I’ll be doing and taking a probably ridiculous number of photos there. My sleep schedule is still a little off, and I woke up at 3am. But then again sometimes I wake up at 3am at home, too, so there’s that.

If you live in Canberra and you are not going to the seminar today (as most of you probably are not) but will still like to see me, I’ll be at Conflux on Sunday, along with many other science fiction writers and fans. Come see me there. These are, alas, my only Australian events this year.