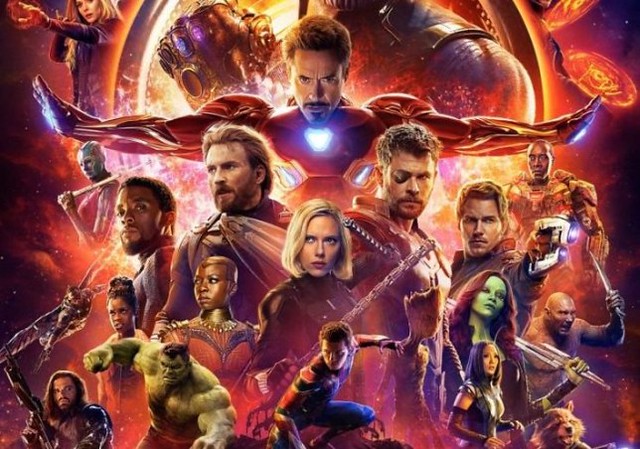 A Twitter thread I wrote on what Marvel films are, in the wake of both Martin Scorsese and Francis Ford Coppola dumping on them (and Coppola in particular calling them “despicable“). Archived here for posterity and conversation.

2. Marvel films are to Disney over the last decade as musicals were to MGM in its heyday, or monster films were Universal, or gangster films were to Warner — a reliable economic engine, pitched to the masses. Easy to gripe on esthetically, but difficult to assail economically.

3. Will any Marvel films be “classics” 30 years down the line? Possibly, and in the same ratio as the MGM musicals or the Warner gangster films: a few remembered, the rest down the memory hole. But most films of any sort aren’t made to be classics, they’re made to make money now.

4. Scorsese or Coppola (or anyone) griping at Marvel films as not “true cinema” or despicable or whatever is essentially also condemning the vast majority of major studio output — competent entertainments — to the same fate. Which seems, I don’t know, a tad *dramatic.*

5. (Not to mention that Scorsese and Coppola — and indeed nearly any major director with more than a handful of films to their name — has forgettable “competent entertainments” on their resume as well. They did films for money/to keep busy/to catch a wave, too.)

6. I won’t suggest Marvel films are great cinema in general, but what I can say is that I appreciate Disney’s consistent high competence with these films — if you think it’s easy, note WB’s DC inconsistencies, or Universal’s aborted “Dark Universe.” It ain’t easy, folks.

7. Which is why Marvel films *have* their exalted place in common culture at the moment — as “Competent Entertainments” they fill their brief with a consistency very few other franchises ever have. That’s not down to an “auteur,” that’s down to an institutional dictate.

8. Which in point of fact may be what Coppola and Scorsese — who came to fame in the 70s as cinematic auteurs — are actually griping about: Marvel films are the antithesis of the sort of films they create and that they admire, ones of a specific directorial vision.

9. Which is fine! But doesn’t rise to the level of cinematic despicableness, any more than the studio-era musicals or gangster films, so much more about a studio identity than any specific director (even if some directors became identified with the genres), were despicable.

10. In sum: Marvel films perfectly competent largely entertaining studio product, not usually springing from a singular directorial vision but that’s not a horrifying thing, the auteurs complaining come out of a different cinematic philosophy, which is fine. Deep breaths. /end

44 thoughts on “A Brief Thread on Marvel Films”