An Update on the State of Things

It’s going well. I’m at the point where the writing is done and all that’s left is the typing, but there’s a lot of typing to be done between now and Friday.

I’m also at the stage where the issue is not the plot, but the sequencing; I wrote a chapter last night and then woke up early this morning and the first thought I had in my head was I need to chop that chapter in two and add another chapter in the middle. A chapter I had already intended to write, fortunately, not a whole new chapter I need to invent. At this point in the writing, these are better problems to have than, say, the ones where you’re left thinking I don’t know how to end this book. I know how to end this book, I’m happy to say.

To give you another indication of where I am on things, last Friday the back of one my molars just yeeted itself right out of my mouth and my thought on that was, well, that’s not getting fixed until after the book is done.

(Don’t worry, it’s not painful, it was just an old filling. And I have an appointment a week from now.) 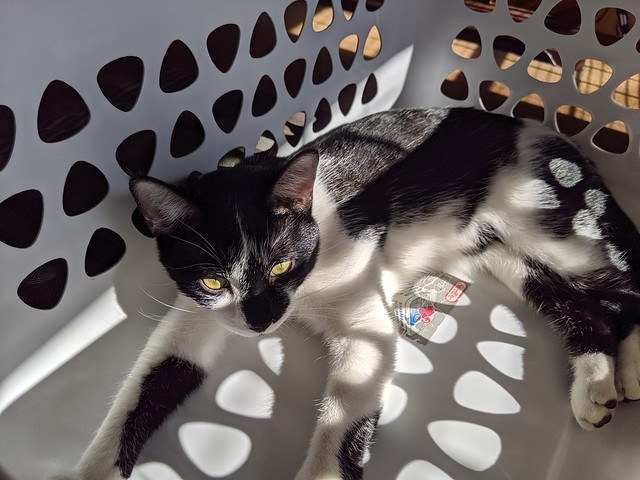 Back to writing for me.

← Look, Here’s Me at This Year’s National Book Festival
My In-House Editor Prepares Me For the Final Push →

17 Comments on “An Update on the State of Things”