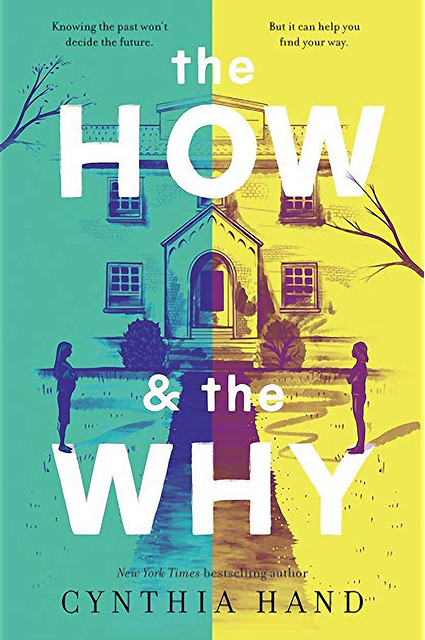 In this Big Idea for her new novel The How & The Why, author Cynthia Hand looks into what makes us “family” — whether it’s genetics, blood, love, care or… more than that.

I’ve always had a hard time with the way adoption is portrayed in television and film. My central complaint, speaking as an adopted person, is that the portrayal is so often wildly unrealistic. These stories tend to focus on the search for the adoptee’s “real” parents and give little-to-no energy to understanding the adoptive parents. For example, look up, “Who is Superman’s father?” and you’ll find page after page on Jor-El, not Jonathan Kent. Or think about how in Once Upon A Time, the biological mother, Emma, does battle with the adopted mother, the literal evil queen. Or how the creators of The Umbrella Academy responded to questions about the incestuous relationship between Luther and Allison by saying “They’re not even related,” and “They are not biological.” The message comes through clearly: what makes a relationship “real” is blood.

For most adoptees, that is simply not the truth. Our “real” relationships are with our parents, and by parents, we mean the people who loved us and took care of us every day.

Therefore my goal as I set out to write The How & The Why was to give a realistic portrayal of adoption–one that thoroughly examines the different sides. The big idea was to show the point of views of both a teen birth mother and a teen adoptee and to examine the way each of them experiences “family.”

What ended up happening as I wrote the book, of course, was far more complex. Yes, my characters have a variety of family in their lives—biological and adopted, friendships, connections, and support systems that defy the conventional definition of what it means to be “related” to someone. What I didn’t expect was how much of the novel ended up being about how people shape their identities out of the stories they are told about themselves.

This made me think about how I had shaped my own identity, as an adopted person. I followed my character, Cass, as she tried to understand herself through her adoption, asking who am I over and over again. Then I followed S, the birth mother, who was basically asking the same question. I could see the invisible connections S had with Cass: the shape of their feet, their hatred of anything cherry-flavored, how they both felt gazing up at the moon—things they shared without even realizing it but that still inevitably connected them.

This made me wildly uncomfortable when I applied it to myself. Through the writing of these fictional people’s stories, I came to realize that who I am has been shaped by my relationship with my parents, of course, but it had also been forged from what I got from my birth parents, both in DNA and something even less tangible–those invisible connections I still had with them. Which are real, too.

Writing is funny that way. You start off having something definitive to say — adoptive families are real families — and then the narrative veers away toward something deeper. You come to figure out what you know through writing it. You discover things about yourself you never dreamed were there, lurking in the unexplored shadows. It’s what makes writing worth it, in the end.

Eeeeeeeh, probably? But maybe not? Essentially, the problem I’ve been having writing about politics in the Trump era is the same problem I’ve had since it’s begun, which that it’s so obvious that Trump’s a corrupt, incompetent, bigoted tool that I find it difficult to find much new to say about him. Likewise, not too much to say about the Republican party these days except that it’s decided to expend its capital propping up the most corrupt, incompetent, bigoted tool that we’ve had as president in living memory, and will deserve what they get when demographics catch up with them and all the old white voters they’ve invested so much money into scaring die in the next 20 years, to be replaced by everyone else for whom the GOP brand is “ignorant white racist fauxvangelical moneyworshippers.” I’m going to live long enough to see this bullshit expunged, which is a lovely thought. But again, not sure how many words that merits from me at the moment.

My first thought is it seems likely the majority of my political thought is going to stay in the Twittersphere, the format of which is congenial to my state of mind these last few years. But of course there is more to politics than just Our Dimwit President, sooooo maybe I’ll talk about that? Or maybe I will just snap and do an 8,000 word rant on Trump one day, which will likely not be coherent but may be cathartic? Who knows?

So, basically: Probably I’ll talk about politics more here now? But maybe not? That’s the best I can do for you right now in terms of predictions, sorry.

I do know today is an election day in many places in the US, so if it is where you are, and you are eligible to vote, please do get your ass out there and vote. It’s not a difficult thing to do, and it matters.