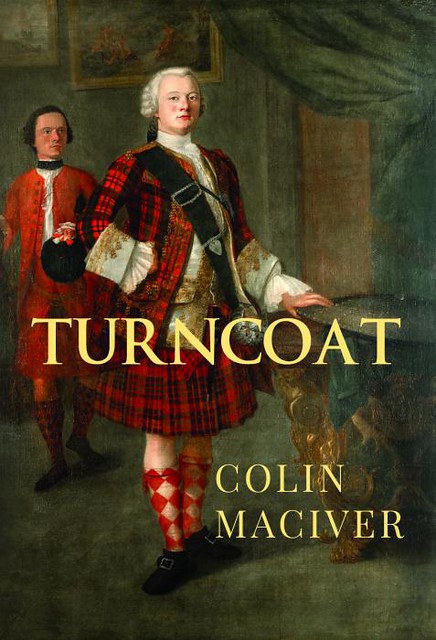 There are few words more laden with negative association than “traitor” — it’s an apparent repudiation of country and of honor. Is there ever a time when there could be more to the word than that? Author Colin MacIver muses on this subject in his Big Idea post for his novel Turncoat.

Throughout history and legend, there have been traitors and turncoats. Roland had his Ganelon; Arthur his Mordred. As we move forward, motivation appears more complex, or we simply know more about the actors. Was Benedict Arnold simply a disgruntled subordinate or was he unfairly passed over and therefore returned to his primary allegiance? Approaching the present, we have the English public school graduates who gave UK national information to the Soviets for ideological reasons from the 1930s to the 1950s.

Perhaps most difficult to explain is the case of Robert Hanssen, a senior CIA officer, who for twenty years sold US classified data to the Russians. He was caught in 2002 and placed in solitary confinement. Chris Cooper played him in the 2007 movie “Breach.” It was while watching this movie that I recurred to the eighteenth century agent, code name Pickle, a man deep in the counsels of Prince Charles Edward Stuart, who failed a second attempt at rebellion in Scotland after the ’45. Those few authors who have deigned to mention Pickle have concluded that he acted from hope of gain.

My belief, my big idea, is that, while not discounting a mercenary motive, I have discovered a more honorable intent for Pickle turning his coat. He believed that a second rebellion could fail and that the subsequent punishment of clans in arms would bring a retribution so great it would amount to genocide. So he shopped his Prince and his cause.

I cannot conclusively prove this so I wrote my account of PIckle’s actions not as history but as fiction. To bring out the story of Pickle, I have an historical figure, a grandson of the great Daniel Defoe, Daniel Baker, travel to the Highlands to interview one of the last living survivors of the ’45. This format allows for a steady unwinding of the history of the second aborted rising while also allowing for comic and romantic interludes.

Pickle eventually died in an alleged “hunting accident.” For what did he sacrifice his honor and his life? Like him, I do not believe the Highlands could have withstood a second purging. On the other hand, if an invasion by Charles had succeeded in reinstating the Stuart dynasty, the slow progress of the United Kingdoms toward constitutional democracy would have been interrupted, with results we can only speculate upon.

A turncoat Pickle was. A man without honor, I don’t think so. But I leave the reader to decide. And, oh, yes, I have not given you the name of the man both Baker and I think was Pickle. If I did, you probably wouldn’t buy the book.