And now, quick(er) answers to some of the questions about writing that popped up this week in this year’s reader requests:

Now that you’ve got a bunch of ongoing series, I was wondering how you feel about reader requests. Specifically open-ended things like “I hope we see more of character X” or “Could we see how people in this universe do Y?” Do you enjoy getting that kind of question/request and do you take them into account when writing future books?

Generally speaking I neither like nor dislike them and I don’t generally take them into consideration when I’m writing, because usually I know what I want to address. If what I’m addressing satisfies someone’s request, that’s great, but if it doesn’t, I’m not going to lose sleep over it. The exception is when I know I’m trying to pull a fast one and someone calls me out on it; when I know I’m caught, and I’m writing a sequel work, I’ll address it there.

I’m still curious whether you write certain phrases solely to hear Wil Wheaton say those things, narrating the audio book. Both in Red Shirts and Android’s Dream, there are phrases that make me think this way.

I didn’t intend this (because at the time I wrote it I didn’t know he would narrate it), but having Wil say “Shut up, Wheaton,” in Fuzzy Nation was a bit of a lovely thing. I don’t generally torture my audiobook narrators, however. I want them to like me and the book they’re narrating.

Opinion about Writers that have turned into franchises. Those that hire MFAs to write their books.

I mean, MFAs need to eat, too. More generally, the issue for me with this is not that something has become a franchise with multiple writers, but that the undercard writer (whomever they may be) is fairly compensated rather than exploited in that deal. If the undercard writer is being treated fairly, it’s up to the readers to decide whether there’s a problem with the franchise having multiple writers.

On a couple occasions there have been big announcements about film or tv adaptations of your work, but it seems like there’s many a slip ‘twixt the cup and the lip. Can you talk about the process of adapting a book for the screen? Why do so many books that get film rights purchased never make it to production?

For just one reason, because movies and TV shows cost millions and millions of dollars to make, most of them don’t make their money back (or if they do it takes a loooong time), so the risk of making them is significant, and in nearly every case it’s much cheaper to not to make it, regardless of where it is in the development cycle. People who option books for movies/TV know this, so they tend to option more than they will ever make, so they have more shots on goal, as it were. Writers who get things optioned probably shouldn’t get too excited about their work making it to the screen; they should get excited that they’re getting some free money, however.

Do you plan to retire? If so, when?

I don’t expect I’ll ever want to stop writing, so “retiring” in that sense seems unlikely. As to whether I’ll stop writing books for money — well, that’s not going to be entirely up to me, I have to say. It might eventually become the case that no one will want to pay me what I think is an adequate amount for my work (or perhaps, no one will want to publish my work at all), at which point I’ll stop selling new books. Then I will be “retired,” although not necessarily by choice.

How much do you tell your wife/family when they ask about your writing? My wife sometimes asks what I’m working on and I’m hesitant to tell her because A) I’m afraid I might spoil her for future reading B) it seems bad luck to comment on something that’s not finished yet.

When I’m writing a book Krissy reads every chapter as it’s written, because she wants to and because she’s a very good first reader. Everyone else has to wait.

If you’re aware of the Twitter dustup involving Sarah Dessen and a university student who criticized her work, what’s your take on it? Who behaved okay, who should have behaved differently, and why?

I was traveling when it happened and didn’t keep tabs on it so I don’t have much to say about it specifically. I will say generally speaking that I think college-age people are allowed to have what I might consider bad takes*, because bad takes are part of that experience.

(*up to a point; if your college-age bad take is “there was no Holocaust” or some such bigoted bullshit, you’re still a dumbass.)

Thoughts about really long books? There seem to be more and more. Do they need to be that long? Are editors being soft?

Is there a genre in fiction you absolutely would not write? I don’t mean the distasteful (and maybe illegal) kind (pr0n, snuff fiction and whatever unsavory stuff that is out there). I mean the accepted kind (western, romance, etc). Heck, if this were the 1930’s would you be willing to write pulp fiction?

Second, what would limit me from writing in other genres would be interest and knowledge, both in the matter of writing and of the marketplace. I don’t write Westerns, for example, because that genre doesn’t much speak to me, but also I haven’t done my homework in the genre to know what the best practices are for writing effectively and commercially within that genre. The latter of these two is just as important as the former.

How are you feeling about your ongoing contract with Tor these days? What I mean is, now that you’ve been in the midst of fulfilling that contract for a number of years, what do you find is working for you? Are there things that, knowing what you know now, you might have changed at the beginning? Does the contract allow you enough space to pursue other creative avenues, or do you sometimes feel constricted because the next book is due?

I feel pretty great about my Tor contract. I’m four books in and everything is working well. I am turning the books in on time (albeit at the very last moment in several cases), and Tor has gone a great job of supporting each book as it has come out (as has Audible, with whom I have a parallel deal for audio). The books are being done on more or less the same schedule as they were being done before the contract, so I don’t feel particularly constrained or constricted by the release schedule, and as long as I do my work on time — which is on me, not on Tor — I have more than enough time to do other things as well, including this. So, yes! So far, so good. 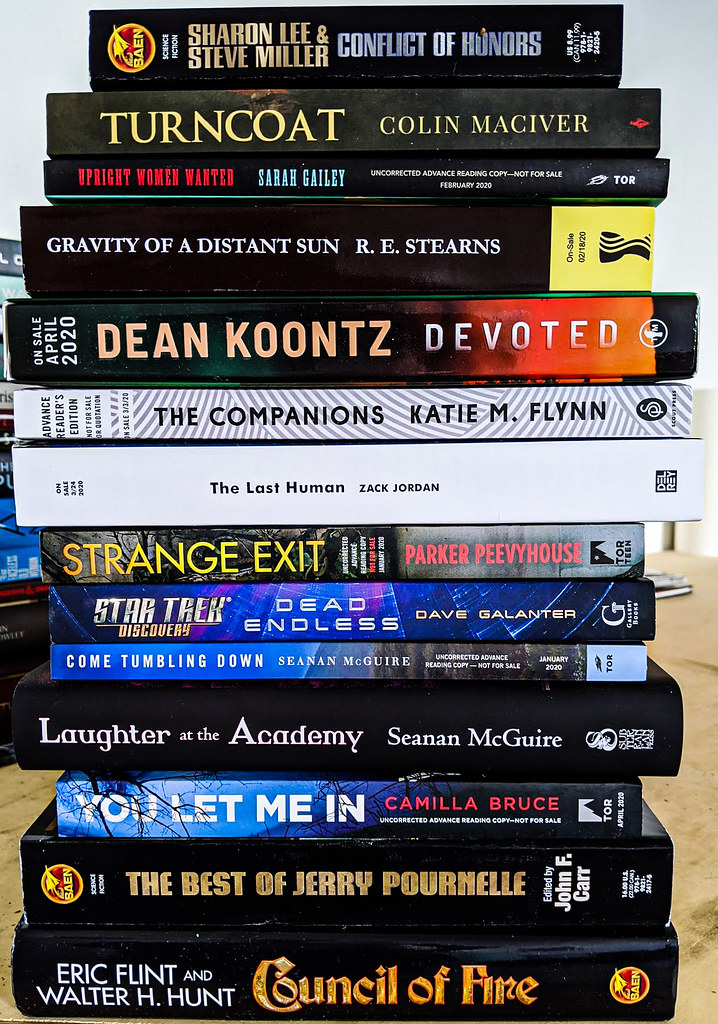 We’re moving in to Thanksgiving week here in the US, which makes it a perfect time to ask which of these new books and ARCs you would be thankful have in your hot little hands in the near future. Tell us in the comments what here is appealing to you. 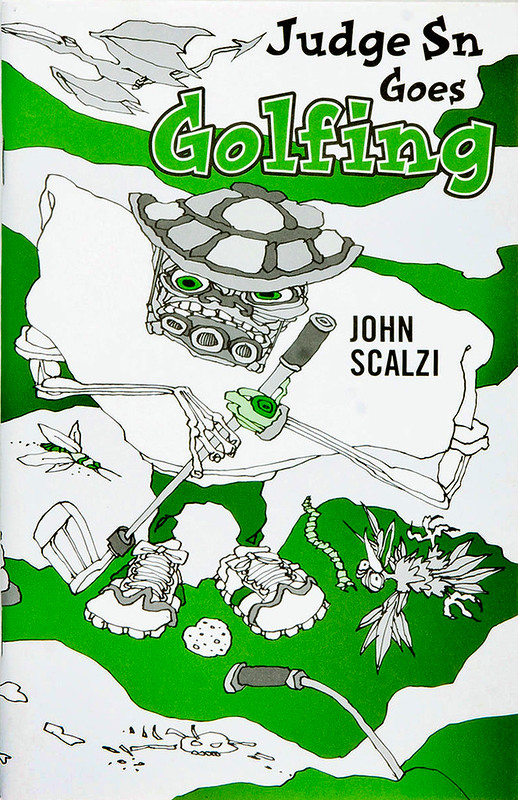 Family and friends of Gahan Wilson are reporting that the master illustrator passed on yesterday. I can’t claim to have known him, but I was a fan of his since I was a child and one of the great highlights of my career was when Subterranean Press hired him to do the cover for the “Judge Sn Goes Golfing” chapbook. The knowledge that my words got to be paired with his sublime and grotesque (in the best sense) pictures made my day, for a whole month. I am honored and humbled to have had our professional lives intersect, even briefly. All condolences, sympathy and good will to those who knew and loved him.