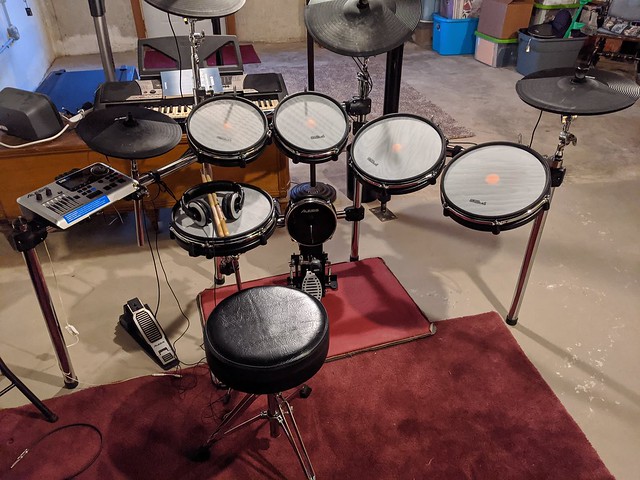 Here’s a fun fact that not everyone knows about me: My first musical instrument — before the ukulele! — was the drums. I’ve had a drumset since I was a teenager (a Tama Swingstar with Paiste 2002 cymbals for you drum nerds) and I used to play regularly. But then a while back I stopped, primarily because drums are super-loud and scare the cats and even in a big house require forbearance from others.

Recently I wanted to get back into playing drums more and casually started looking into electronic drumsets. Then it turned out a friend of Krissy’s, who played electronic drums, had upgraded to a new set and was looking to get rid of his older set for a very acceptable price. Suddenly: I have a new electronic drumset.

And how is it? It’s a lot of fun, actually. And also, since I haven’t seriously practiced drums in about a decade, I really really suck. I, uhhhh, have some work to do to get up to speed. Fortunately, I have most of my December free. The good news is that I can play in headphones at a moderate level of volume (i.e., without blowing out my own ears), and all anyone hears is tippity-tippity-tap-tap — which, as the drumset is in the basement, is easily filtered out by closing the basement door.

Also, my Fitbit is convinced I just did 44 minutes on an outdoor bike. Not true, Fitbit, but thank you for making the effort!

For the first three days of the Whatever Gift Guide 2019, I’ve let authors and creators tell you about their work. Today is different: Today is Fan Favorites day, in which fans, admirers and satisfied customers share with you a few of their favorite things — and you can share some of your favorite things as well. This is a way to discover some cool stuff from folks like you, and to spread the word about some of the things you love.

2. Individually created and completed works only, please. Which is to say, don’t promote things like a piece of hardware you can find at Home Depot, shoes from Foot Locker, or a TV you got at Wal-Mart. Focus on things created by one person or a small group: Music CDs, books, crafts and such. Things that you’ve discovered and think other people should know about, basically. Do not post about works in progress, even if they’re posted publicly elsewhere. Remember that this is supposed to be a gift guide, and that these are things meant to be given to other people. So focus on things that are completed and able to be sold of shared. 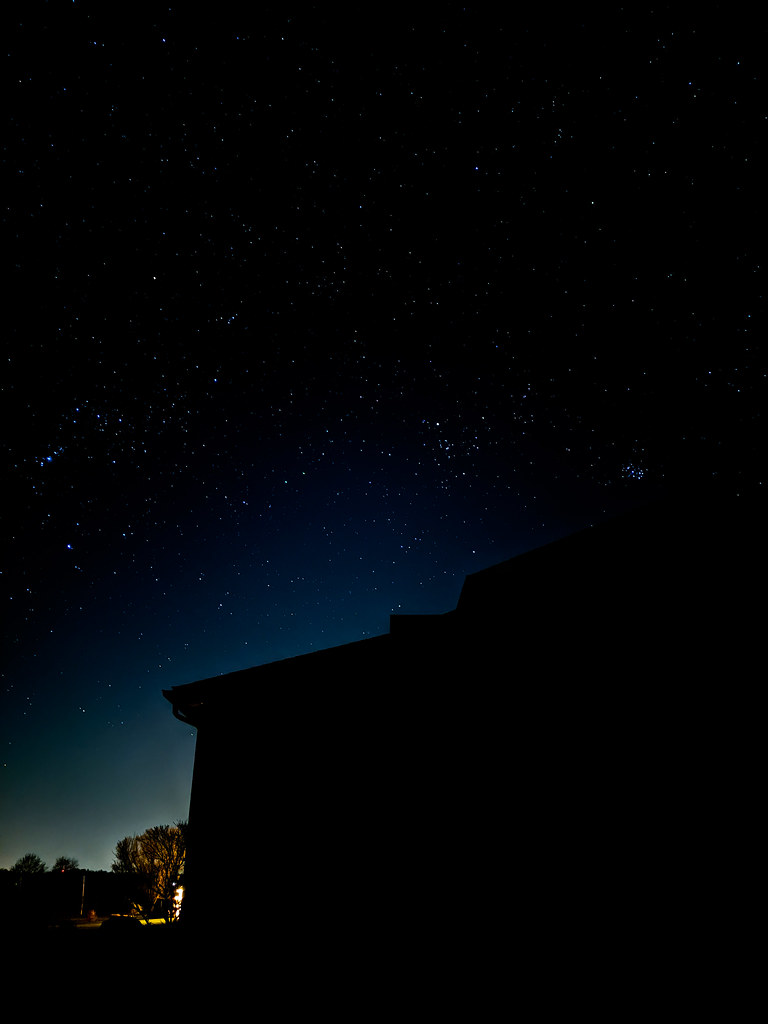 I woke up early this morning — thank you, cats — and figured as long as I was up I’d go use the Pixel 4’s astrophotography mode, which is somewhat more advanced than the same mode on the Pixel 3, which was already impressive enough. I was not disappointed. This is a little after 4am, looking mostly west; you can see the constellations of Orion and Taurus, along with the Pleiades, and, of course, a bunch of other stars.

The photo that came out of the camera actually had more stars, I will note; I went into Photoshop and cranked it back just a little to make it closer to what my eyes see. Nevertheless, more than enough stars for anyone. I am genuinely impressed with this particular photo mode on the Pixel 4, and suspect I will be posting rather a lot of astrophotography photos in the future, because the phone makes it so much easier to do than it is on my DSLR.

Likewise, having now lived with the Pixel 4 for a week, I can say I’m more impressed with it than I was when I did my initial write-up. For example, the battery, while still not fabulous, is holding up rather better than my initial assessment. Part of that is due to me changing how I use the phone: because the Pixel 4 can detect when I’m reaching for it or looking at it, I don’t have the ambient display on all the time, because why have the phone screen showing the time when I’m not looking at it? But I think part of it is indeed better management of power on the part of the phone. I’m still taking an external battery with me if I’ll be away from the house for a while, but my experience so far is that’s more for my own peace of mind than an actual need.

I also find the face unlock mostly a good thing. I thought I would miss the fingerprint scanner more than I have, but inasmuch as the phone opens up quickly when I grab it and look at, it’s not been an issue at all. The face unlock is still insecure (it still opens with one’s eyes closed), but again as a practical matter I don’t sleep with anyone I don’t trust with my phone, so on a day-to-day basis this isn’t a problem.

Otherwise the phone works pretty much as I want it to; it’s snappy enough for anything I throw at it and since I’m well-integrated into Google services, it’s useful to me. The new thing I do a lot off the Pixel 4: Streaming, since the Disney+ app on my LG TV sucks donkey balls, while the one on Android can show me The Mandalorian without having to buffer every ten seconds. So there it is.

Camera-wise and aside from the astrophotography mode, the Pixel 4 camera, like all the cameras in the Pixel line, continues to be very impressive and one I would very much recommend. Once again I acknowledge the complaint about not having an ultrawide lens, but, also again, I don’t exactly miss it myself. I get wide enough photos as it is. 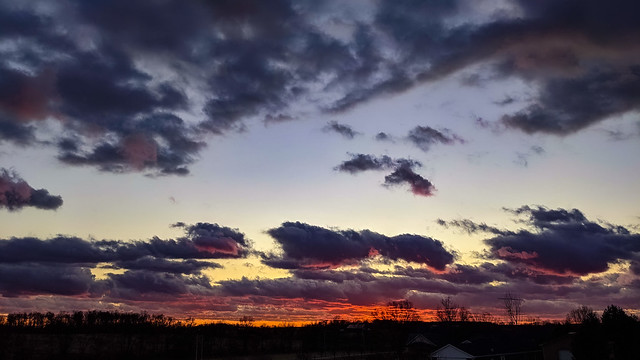 So in all the Pixel 4 is a phone I would generally highly recommend, especially for people who take a lot of photos. If you get one, you may find yourself wandering outdoors at 4am to take photos of the night sky. This is not a bad thing.