From a Twitter feed I just posted about this, archiving here: 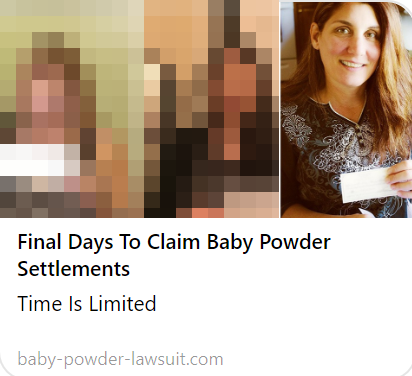 1. So, a friend on Facebook pinged me with this ad she saw there for a talcum powder lawsuit scheme and said, “isn’t that Krissy?” And indeed, it is — and the picture strongly implies that she’s holding a settlement check.

This is not true, and also, the photo was stolen.

2. The picture, which I took, is actually Krissy holding up our last mortgage check. I wrote a piece about that moment here: 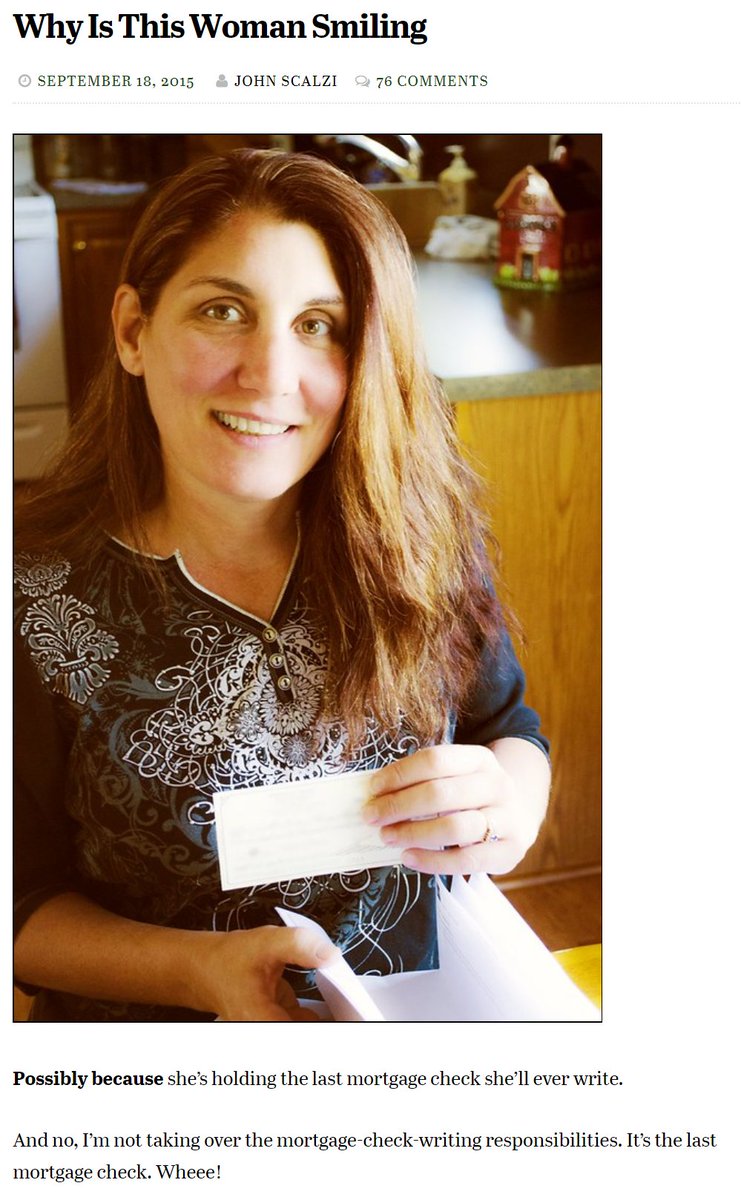 The check is going out, not coming in. Krissy’s happy because we paid off the mortgage, not because she’s gotten a settlement.

3. Also for the record, Krissy is not now nor has even been a party to a suit regarding baby/talcum powder.

4. So how did Krissy’s picture end up on this ad? On a hunch, I typed “Woman Holding Check” into Google Image Search, and well, there she was. Not right at the top, but not that far down the page, either. The jackass making the ad probably made a similar search. 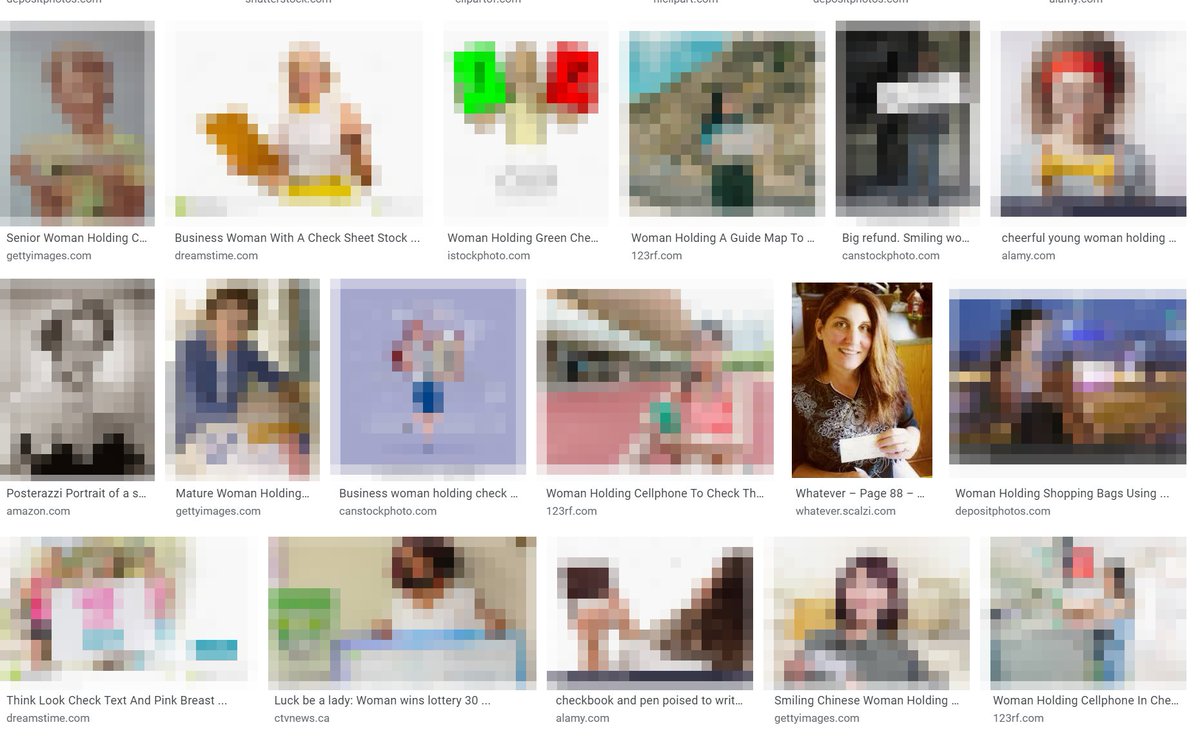 5. Now, obviously by this point, neither I nor Krissy consented to the use of this photo in this ad. Nor is this photo public domain, under Creative Commons, or legally licensed. I took it and retain the copyright to it. Its use is, flat out, unauthorized and illegal.

6. (This use is also definitely not covered under “fair use.”)

7. Leaving aside any strictly legal issues regarding the photo’s use, there are the issues that a) Krissy appears to be endorsing the site the ad links to, b) people who know Krissy might assume the settlement check means she is/was ill, specifically with cancer (she’s not).

8. The person bringing the ad to my attention is a friend of Krissy’s and I had to assure her that Krissy wasn’t part of a suit (with everything that implies). It seems careless and cruel on the part of the ad maker to use that photo and to make people actually worry.

9. I also can’t imagine an ad using unauthorized and illegally obtained photos for commercial purposes actually conforms to Facebook’s advertising policies. It would be nice for the service to have better intake protocols to keep this from happening in the future.

a) A picture of Krissy I took was used in a facebook baby powder lawsuit ad;

b) Neither of us consented to its use;

c) Krissy was not party to a suit/settlement and is physically fine;

d) The ad maker/people using the ad are scum;