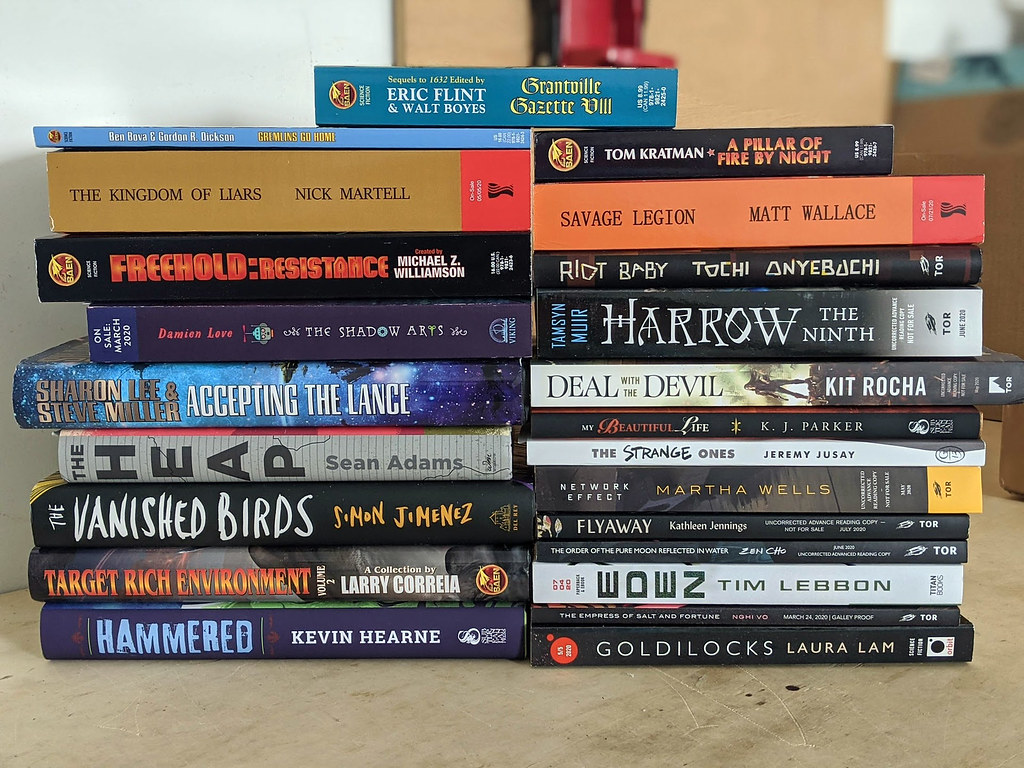 It’s the last stack of new books and ARCs before Christmas (and this year, also Hanukkah). She anything here you’d be happy to unwrap? Share in the comments — and happy holidays!

← I Can’t Promise I Will Never Be Problematic: A Twitter Thread
DRDF: It’s a New Reality; or, Dorm Room Rock, Circa 1987 →