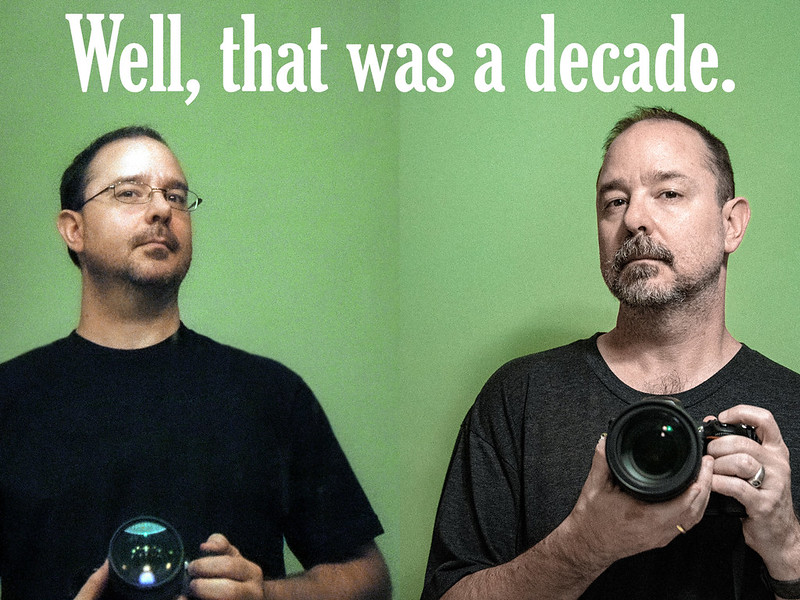 It’s been a fairly momentous decade for Whatever — it had some of its highest trafficked years in 2012 and 2013, and while direct daily visitorship to the site has declined as people migrated to Facebook and Twitter as those two sites took over the Internet, Whatever still manages to make a splash when I link to it from one of those two sites. I’m personally curious what will happen when those sites inevitably decline; while I’m not exactly waiting for the “blogosphere” to come back in any meaningful way, I hold out the hope that personal sites might nevertheless get a general second wind as people begin to entertain the idea that there’s more to the online experience than just what Mark Zuckerberg and Jack Dorsey think they should see.

Over the course of the last decade, several pieces I wrote gained traction on the Internet at large and/or were some of the best things I’ve written in that timeframe, and/or represented the moment in which they were written in a particularly memorable way. Below, you’ll find links to these pieces. I’ve limited the list to twenty because I don’t want to tax anyone’s patience, and also because I think that’s enough to get a taste of how this decade was here on the site. Enjoy the retrospective as the 10s come to a close. Barring catastrophe, I’ll be writing here through the 20s as well. I’m looking forward to seeing how the recap of that decade might vary from this one. Come back in ten years and see.

For all of you who have stuck with this site over the last decade: Thank you for reading, and commenting, and linking in. Let’s keep at it. 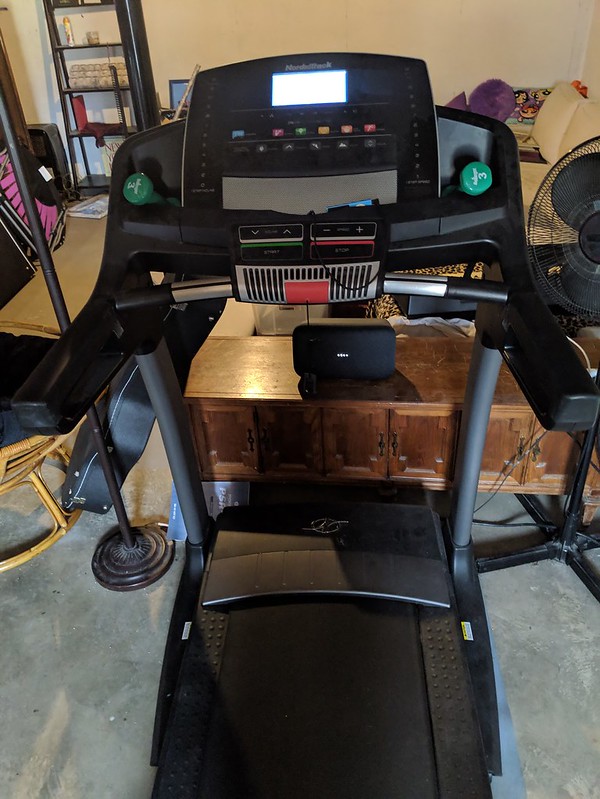 A year ago today, weighing nearly 200 pounds and feeling physically run down, and also feeling somewhat depressed about those facts, I hauled my carcass up on the treadmill we have in our basement and started walking on it. I did about 20 minutes worth of walking that day — not a lot, just enough to elevate my heart rate — and was grumpy about it the entire time. At the same time I also instituted the habit of counting my calories, with the goal of eating fewer calories in a day than I was burning. My goal was to eventually be at 170 pounds, more or less.

A year later, I’m still exercising, still watching my calories, and on most days I’m somewhere between 165 and 170 pounds (currently I’m just over 170, due to holiday eating, which I’m fine with, because holidays). What is my thinking about a year of exercise and calorie counting? Well:

1. People told me that the first few weeks of exercising would be the hardest, and after that point all the endorphins would kick in (or whatever) and then I would really start to enjoy that. Well, that was a lie — at no point in my year of exercising has it been much other than an annoying thing that I’ve had to do in order to achieve a particular goal, and then maintain at a particular level. Or more accurately, it’s probably not a lie; some people probably really do get an endorphin rush (or whatever) from exercise, I’m just not one of them. Which is fine, I’m not doing the exercise for itself, I’m doing it for the benefit I accrue from it. But it would have been nice to get a little buzz from it rather than just crankily hauling myself down to the treadmill (or outside when the weather got nicer) on a regular basis.

2. It turns out that in actual practice, I don’t exercise to lose weight, I exercise so that I can eat more calories and still lose weight. With regard to calorie counting, I initially set my calorie goals to lose about a pound a week, which meant I was supposed to eat about 500 fewer calories than I burned on a daily basis. When I didn’t exercise that meant eating a number of calories that made me feel generally unhappy — just few enough that I felt hungry and annoyed. But if I exercised for a half hour or forty-five minutes, aside from any other cardiovascular or metabolic benefit, it also meant I could have another 250 to 350 calories a day and still hit my calorie goal, which meant I could eat enough that I didn’t feel hungry and unhappy. Once I understood that the point of exercising was to be a calorie bank  — points I could redeem for pizza — it made regular exercising more bearable.

3. It also meant that honestly speaking the real key to losing weight was the calorie counting, not the exercising. Which makes sense, because physics. It’s not to say that the exercise wasn’t important, because it was: as mentioned above, it was a calorie bank, but also and more importantly, it offered other physical benefits, which in turn offered a number of psychological benefits. I feel better, and feel better about myself, because I exercise, even if I find the act of exercising itself sort of annoying. But at the end of the day, me being who I am and the laws of nature being what they are, logging food and making sure I kept to a general caloric intake was what lost the weight. Exercise was important but complementary to that activity. Commensurately, even though right now I’m not actively trying to lose any more weight, I’m still logging what I eat because as it turns out it’s really easy for me to jam a lot of calories into my body if I’m not paying attention.

4. Also key for me was understanding that the exercise and calorie counting was going to be a permanent thing now, and not just something I was going to do until I hit a goal. I’m 50 now and my body isn’t my friend on this score any more — basically my body now wants to go Full Santa, and will unless I keep on it. This is what it is, and there’s little point in complaining about it; age has its benefits but effortless health isn’t one of them. I’ve done exercise and calorie counting before and stopped when I hit a goal (or just didn’t want to do it anymore), and experienced the see-saw thing. So when I started again a year ago, I started with the idea that this was now the new normal. Again, that helped a lot.

5. I felt better when I started exercising, and I feel better now than I did a year ago, both physically and mentally. But it’s important to note that exercising and bringing my body closer to something that corresponded to my own internal self-image of myself did not, in fact, solve all my problems. 2019 was in some ways a difficult year for me (I’ll probably speak of that in another post), and the extra energy and feeling of well-being that I got from exercise didn’t change that. I have a sense that 2019 might have been even more difficult without me working on myself physically but of course there’s no way to prove that. I should say that I wasn’t expecting exercise to be some sort of panacea, either for the world’s woes or my own; I’m well aware that no matter where you go, there you are. But I guess I was expecting the knock-off benefits in other areas of my life to be more substantial. As it turns out: Nope, or at least, not in 2019.

6. Exercising and counting calories worked for me and if you are someone who is looking to shed a bit of weight and work on your body, it’s something I can generally recommend to you as well. I do think it’s important to be aware that you’re signing on for a process as well as a goal, however — and that this process will take a while and will be work no matter who you are, and when the goal is hit, you’ll still have a process you keep with. It took me eight months to drop 30 pounds, and the additional four months has been maintenance of that. One year in, what I’ve really done is establish a new baseline for anything else I do from here on out, whether it is to keep things more or less the same, or decide on a new goal, with a different process. For me, the awareness that this is as much process as goal has made a difference in how I feel about it on a day-to-day basis, and how I engage with it in a larger frame. It’s made it easier to stick with. For me, that’s a real thing.