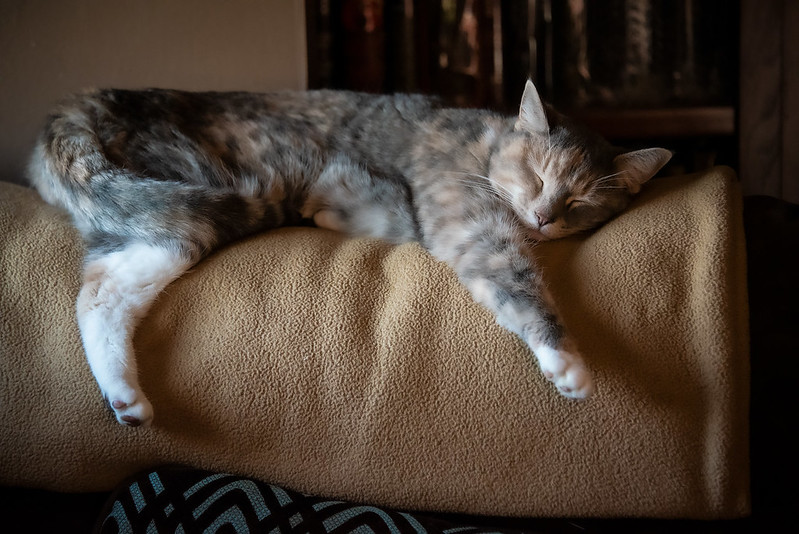 “More and better naps” is, I think, a campaign platform we can all get behind.

In other news it’s been a little surprising to me how busy my first week of business in 2020 has been. I’m writing, which is to be expected, but I’m doing a bunch of other things too, including setting up events and appearances in the rest of 2020 and beyond. It’s going to be a busy year, it turns out, which I guess means that a busy week to start it off is perhaps not all that surprising.

One side effect of being busy is that I’ve not been as engaged with news as I might otherwise be, which, again, I don’t see as entirely horrible. I’m working on an informal rule that I’m not looking at world/national/political news before the close of business, so I can focus on doing my actual work and also to keep my blood pressure relatively low. So far it seems to be working. It appears a lot of other people are more than happy fill in the gap I’m leaving during business hours.

One thing I did see today that I think on balance could be a good idea: Twitter planning to give users more control over who can directly respond to their tweets. I’m already seeing some hand-wringing about the idea that this will just allows echo-chambers to become more echo-y and for bad actors to make “statements” that people won’t be able to challenge, but, you know, eh. You can still snapshot something egregious and comment about it on your own feed, where you can keep comments open, if you like; also, if you’re that far into an echo chamber, you’re not there by accident, and someone commenting on a tweet isn’t going to pry you out.

On the flip side, it will make it harder for bots and trolls to do their thing, at least for a bit. As someone whose private Facebook account is already locked down so that only people I select can see and comment on it (and who can close comments here anytime he likes), I’m not seeing a huge amount of downside there. I’m looking forward to seeing how it works in reality.

In the meantime: Look, Sugar! Napping!