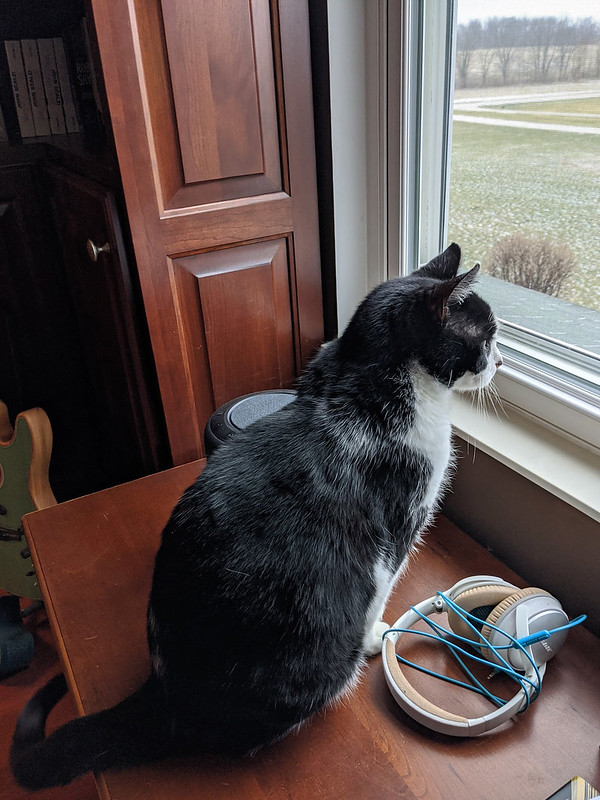 He’s been contemplating the meaning of existence for a while now. I don’t think he’s gotten particularly far with it, but to be fair, I don’t know that anyone else has really done all that much better than he has. So there’s that.

I’m back home, after a few days in suburban Detroit for the ConFusion convention, where I signed books, did a reading and DJed a dance. I especially like doing that last part. A lovely weekend despite the cold and snow. I did not spend that much time contemplating the meaning of existence, however, so Zeus is ahead of me on that one. Good for him.

11 Comments on “Zeus Contemplates the Meaning of Existence, January 2020”