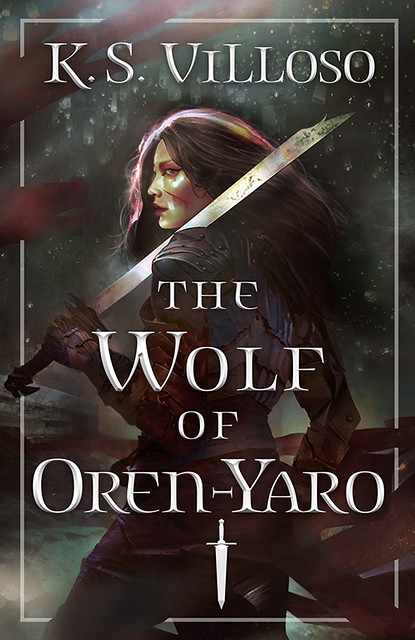 Who is the bad person? What makes the bad person bad? And how different are they, really, from you and the people you love? As K.S. Villoso observes in this Big Idea piece for The Wolf of Oren-Yaro, the lines might not be as clearly cut as one might hope.

Epic fantasy usually tackles the concept of good versus evil. The big battle is against dark forces on the outside, threatening to end a time of peace and overturn the way things are. The enemy is an other, a stranger who is someone completely unlike us, whose ways barely resemble ours. And yet they want what we have and are willing to do whatever it takes to get it; it’s up to us to protect the status quo, to answer that hero’s call and rise to the challenge.

The Wolf of Oren-Yaro subverts a lot of genre tropes, and it’s no different when it comes to its approach to this age-old fantasy trope of us versus them. Once the story gets going on, readers immediately realize they don’t know who the enemy is—they don’t know who is them. Queen Talyien doesn’t. She is a fish out of the water, thrown into a whirlwind of events where her primary goal is to survive and find her wayward king. The sinister evil, hiding in the background, seems almost inconsequential and a little typical, the expected backside thorn in our hero’s adventure…until it isn’t. Observant readers will see what’s been there from the beginning. If you look hard enough, you’ll understand that this isn’t a story about building defences against an outward threat, but about finding a cure to the poisons underneath.

Filipino mythology is rife with monsters. The catch-all phrase for most is the aswang, and while they come in a variety of forms—shapeshifters, werewolves, ghouls and vampires that suck unborn children out of wombs—the defining characteristic of most is that they can live right next to you. These monsters might be right under your noses. Your neighbour could be one, the local hermit, maybe even your own grandmother. The pig you slaughtered last night is missing its innards, or a child goes missing…is there an aswang amongst us? You stare at each other with distrust, wondering who it is, if it’s the woman right next to you or the man who just came into town last night.

Stories where the accusation of being an aswang has made people turn on one another or even resort to murder. People have used it to denounce whole villages, claiming that the entire population is riddled with aswang, like a disease that builds on distrust. What you can’t understand, you blame on someone else, and people are always looking for easy answers—even if it means condemning others. But when we seek enemies that way, what we are really saying is that we are just as much capable of being villains as heroes. We could be our own worst enemy. In fact, we very often are.

There are some great, terrible monsters in Chronicles of the Bitch Queen, the series for which this novel is the first installment. But the most frightening thing about them is how they came to be. We let this monster into this house, into our bed. Because for that to happen, first you had to open the door.