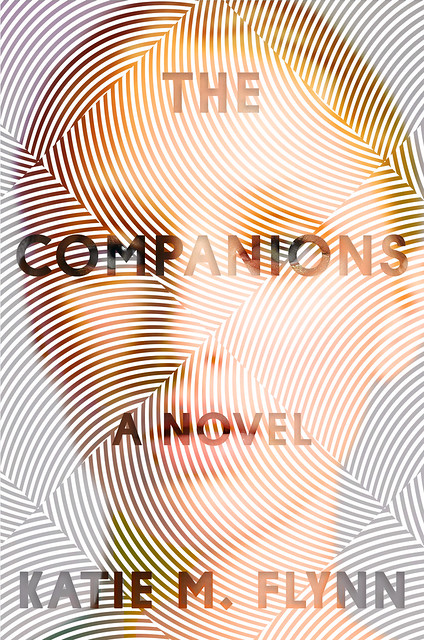 Author Katie M. Flynn took a journey to bring you her new novel The Companions, a journey where so much of it was simply experiencing the town she called home, and how it has changed over time.

First the fear: In grad school at UCLA, my advisor was a German ornithologist with a dry sense of humor who loved to throw me off balance with facts I couldn’t always tell were true.

Example: We’re having lunch in the quad, lovely day, cute but slightly aggressive squirrels are daring closer, closer to us and our vegan feast courtesy of the $3 on-campus Hare Krishna buffet. “Aww,” I say because up close they remind me of the gerbils I kept as pets when young. “You know,” my advisor says, “these squirrels could be carriers of the bubonic plague.”

His amused smile, sort of self-satisfied and mischievous—I never knew whether he was messing with me. In retrospect, I know he was always messing with me while simultaneously telling me the truth, a rare talent.

I went home and consulted the Internet like a true academic, and sure enough, I read that the plague had become endemic in squirrels of the American West. Flare-ups of old infectious illnesses occur from time to time, new ones too: H5N1, Ebola, SARS, MERS, COVID-19. Our catalogue of deadly outbreaks is ever growing, and once they’re loose in the world, they don’t ever really go away.

Then, the stories: I can trace the origins of The Companions back to a file on my computer created in 2009 and ominously titled, “Airborne illness.” I had by then developed an unhealthy fascination with outbreaks. I wrote a couple stories about characters living in quarantine conditions, one about a girl who was a super spreader, an asymptomatic carrier of an infectious illness, a “Typhoid Mary 2.0.” The original, Mary Mallon, died in 1938 on North Brother Island, New York, where she was confined for nearly thirty years. I was taken by this isolation, by the idea of a prolonged quarantine, the loss of basic rights, an authoritarian control of a body deemed dangerous in the name of public safety.

That same year, I started drafting another story about a scientist working out of his garage who may or may not have figured out how to upload his soul. But I couldn’t decide whether he had in fact succeeded, so the story turned into a very Waiting for Godot kind of thing, and I grew weary and abandoned the project.

Followed by the failures: From 2009 to 2013 I wrote two novels, both of which fell apart by the time I got to the ending. These failures made me skittish of novel writing, but they also taught me about the pacing and plotting and structure of a longer work. They taught me to be careful.

And the breakthroughs: Meanwhile, the two tropes I was playing with in those 2009 stories—outbreak-induced quarantine and mind upload—seeded. I thought about them enough over the next many years that the networks in my brain finally made the connection, synapses fired, and in 2013 I started a new story in which a teenage girl is murdered and brought back decades later as a product, a companion to a bored, homeschooled child living in a quarantined San Francisco.

I love short stories in their own right, of course, and most stories are done when I’ve finished them. But some live on, I can’t shake them, and then I start to think longer, bigger, wider; I go underground.

And finding out you’re not done: Living in San Francisco since 2002, I have witnessed the latest tech boom firsthand. It’s been hard on the city I call home, on my friends and neighbors. Lots of people have moved—some of the best people, our teachers and artists—and I’m left feeling alone at times, always having to adapt to a new reality, with new actors coming in and out of my life, and cynical—the city isn’t getting better because of tech; in many ways it’s gotten so much worse. While there are more billionaires per capita than in any other city in the world, homelessness in San Francisco is surging. When I think about my city, it’s a little like a superimposed image—one picture of the city I love situated atop another, the city I live in.

In The Companions, the towers, where the wealthiest live—and are confined under quarantine—became my entry point for exploring these themes of class, technology, and isolation.

And in the case of Lilac, I knew I wanted to capture this feeling I had of superimposition. One dimension is her journey to find her murderer and to figure out what happened to her best friend—these characters still out there in the world, albeit elderly. Another dimension is Lilac’s journey as a product, from release to recall, and the people she touches along the way. Another dimension still is Lilac’s trajectory from that of a privileged teenager in Laguna Beach to a type of violent outlaw. In tracing these threads I had fun crossing genre lines, hoping to create a literary mystery-science fiction-thriller-bildungsroman set against a backdrop of a world changed and changing by climate change.

What happens to places lost to rising seas? Who is there to remember them, and for how long? I’m forever fascinated by the plasticity of the human brain, by our ability to tell and retell ourselves stories, to rewrite our memories, our histories. Somewhere in the center of all of this is the question: what does it mean to live forever in a world that is dying?

To counter the darkness of this question I stayed focused on the connections between characters—human and companion—despite differences. As I write presently, dear friends are entertaining my kids so I can finish this piece, and it’s in these connections both imagined and real that I have found—dare I say it—something akin to hope.

One thought on “The Big Idea: Katie M. Flynn”