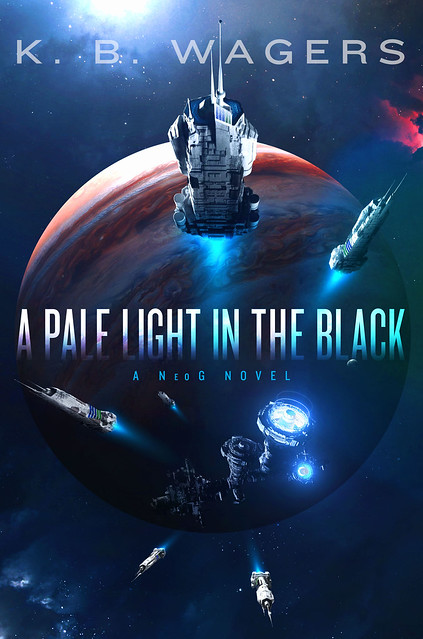 Like nearly everyone else, I suspect, I’ve weathered the last few years like a hero in the final fight of a kung fu film. I’ve been feeling more than a little battered and bruised, swaying on my feet, trying to track where the next hit is coming from. Everything has suffered—my health, my writing, my relationships—in this onslaught of what so many of us joke is the darkest timeline.

It isn’t though. It’s just life, our lives, our futures at stake. And there have been bright spots in the last few years. My friends seem kinder despite our troubles. We’re all more willing to pitch in and help, to offer hands to those who need it. I’m not trying to make a silver lining out of all this horror going on, only pointing out that there seems to be a collective hope that we can weather the storm.

In one of my favorite movies, Mad Max: Fury Road, Max insists, “Hope is a mistake. If you can’t fix what’s broken, you’ll go insane.”

I don’t believe it.

Do we need to fix what’s broken? Yes. But hope is what gets us up in the morning. It’s what gets us through the bad days and the worse nights. It’s what keeps us on our feet long after our opponents should have beaten us down.

When David Pomerico at Harper Voyager approached me about creating the world of the Near-Earth Orbital Guard, the one thing I knew I wanted to do was write a world that had been through the fire and still survived. A world that wasn’t the same but was still standing. I knew that I wanted a hopeful story full of family and love and people who looked out for each other, not a dark and gritty future where it’s everyone for themselves.

There are some folks in the NeoG world who are out for themselves, but our heroes know that their strength lies in one another. They know that the person at their side is the one who will save them in times of trouble and will never ever let them down.

A Pale Light in the Black ended up being one of the easiest stories I’ve ever written. It seemed to just appear on the page and even when we had to restructure the entire thing during edits, that too was easier than I could have guessed. The hope of the characters and the world they lived in was the best possible feeling I could have experienced after these last few years and in some ways it’s not a stretch to say I think this book may have saved my life.

Because in times like these it’s hard to find hope, but this is when we need it the most. It keeps us fighting. Keeps us kind. It is not a mistake to hope but a fire to keep us warm in these cold days. A Pale Light in the Black is all about hope—the hope that happens when we agree to trust each other, when we don’t abuse that trust, and when that trust in turn can save all of humanity. I hope you’ll come meet the folks at the NeoG and let them give you a little bit of that hope with their story.