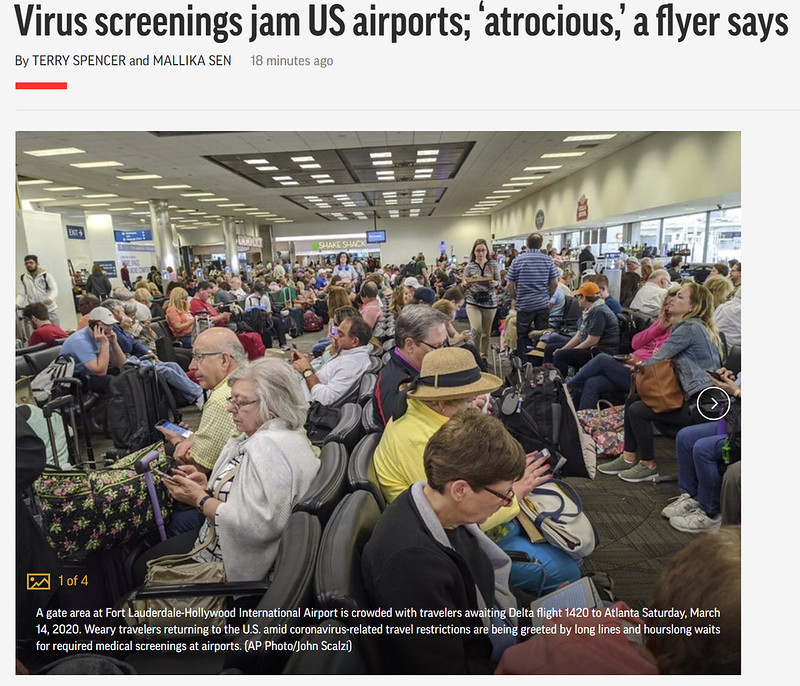 I snapped a picture at the Ft. Lauderdale airport yesterday while I was trying to head home and posted it on Twitter with the requisite snarky comment, and then it went viral (so to speak). One thing led to another and now the AP is distributing the photo. Now I have an AP photo credit to my name, which as a former full-time journalist, is kind of neat. I also talked to the AP’s local reporter (Terry Spencer of the byline you see above) of the mood, etc of that very packed airport.

When he asked me my occupation, I noted I was a science fiction writer who had, in fact, written books about a future plague, so the unfurling of current events was not exactly surprising to me. We’ll see if that quote gets in any future updates to this particular story.

If you’d like to see the story to which the above photo was appended, it’s here.

Also, hello! We’re back home. We’re feeling fine. I for one don’t plan to leave the house for a while. Not only best practices at the moment, but just, you know, what I do anyway.