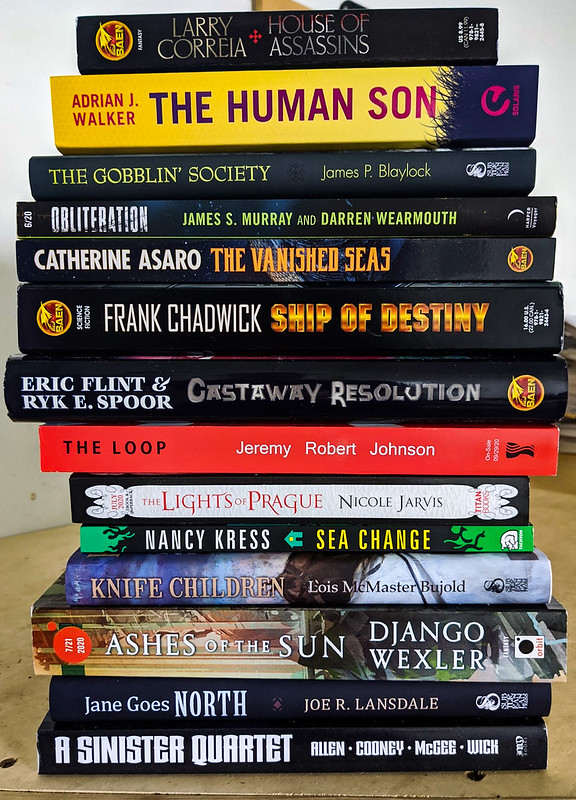 A very fine stack, if I say so myself. Let me know what intrigues you in the comments.

Also, as a matter of process, I should note that for a while you might expect to see fewer stacks of new books and ARCs. Not because I’m less interested in posting in them, or (as would have been the case until recently) because I’m traveling on a book tour. No, it’s strictly because fewer physical books and ARCs are coming to the house as publishers minimize warehouse staff and publicity people work from home. In time I expect things will change and physical books will be sent more often. In the meantime, I’ll still do them if and whenever enough are sent for a proper stack.

← The Big Idea: Danielle Trussoni
Oh, Hey, I Was on NPR’s Weekend Edition This Morning →