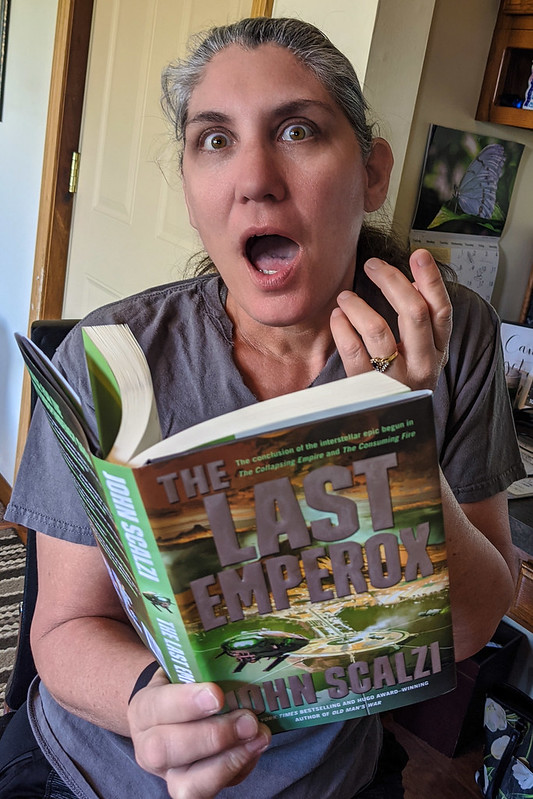 Now that The Last Emperox has been out for a full week, I think it’s time to open up a place for people who have read the book to be able to discuss it without worrying that they will spoil the plot points for others, so for the next few days at least I will keep this post’s comments open for people to talk about the events of the book amongst themselves.

BUT BEWARE THOSE WHO HAVE NOT YET READ THE BOOK, because the comment thread to this post will be allowed to have spoilers! Spoilers galore! Don’t read it unless you’re willing to have the events of the book revealed to you. You have been warned! Repeatedly!

Okay, folks, get to it in the comments.