I made a playlist of some songs I listened to, when I went to @TheWebbSchools back in the 80s. Care to take a listen? The Spotify link awaits you below.https://t.co/1vzGUikCZ7 pic.twitter.com/OWSBelznyQ

And in case you don’t have Spotify, here’s the playlist in YouTube form: 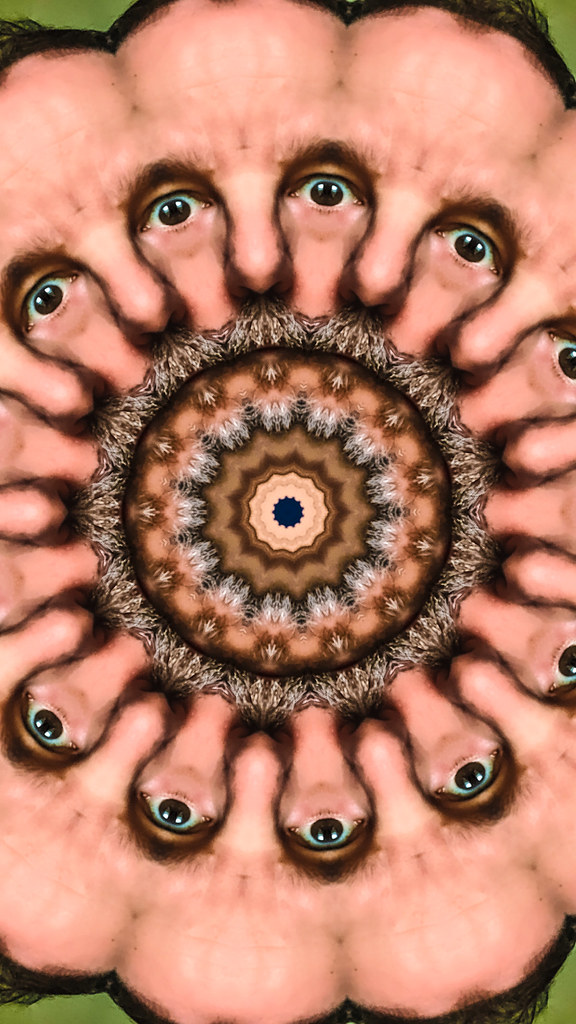 It’s the “kaleidoscope” setting on a camera app I was playing with. Yeah, that’ll stick with you when you’re trying to get to sleep tonight. Oh, and just for good measure, here it is in black and white: 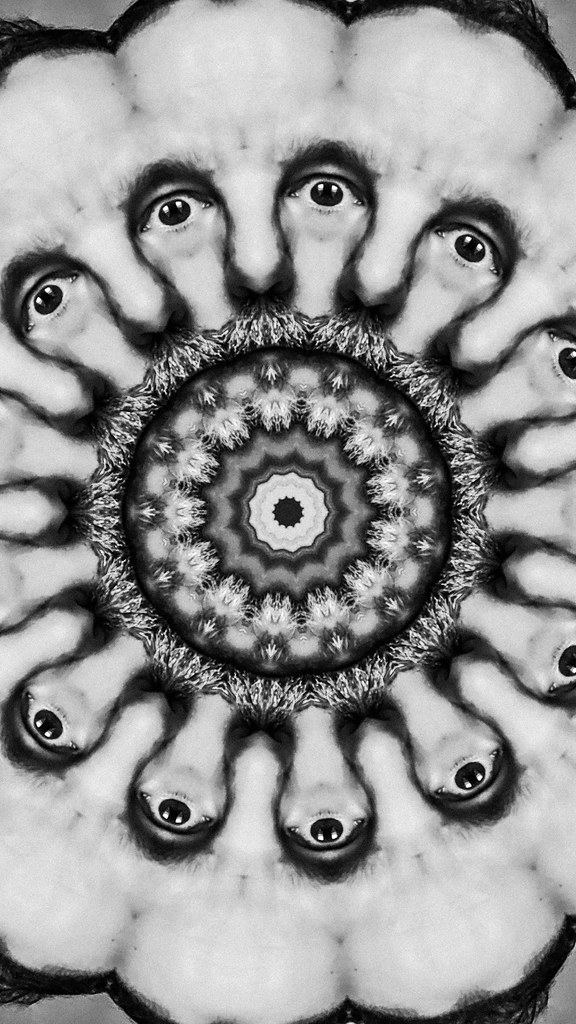 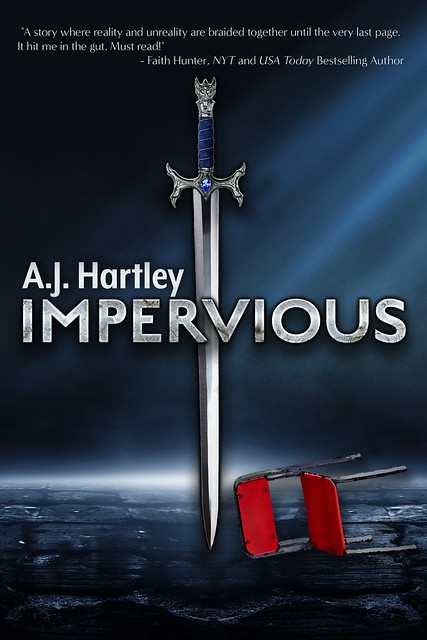 If we’re lucky, we don’t come to close to thing that might terrify us. A.J. Hartley did not have that luck, and the encounter he had informed what would become his latest novel, Impervious.

How do you make fantasy out of real life horror?

It happened 51 weeks ago, my personal glimpse of a distinctly American nightmare many of us generally witness from the safe distance of our living rooms while the usual images crowd our TVs and laptop screens: aerial footage of locked down schools surrounded by police cars with strobing lights, SWAT teams running past assembly halls, classrooms and libraries, crying children being led away. Then the endless talking heads babbling about motives, about mental health issues and, of course, about weapons. If there is a good thing to come out of this Corona virus nightmare it’s this: no more mass shootings.

51 weeks ago I was sheltering for fear of something other than contagion. I was huddled in a silent dressing room in a soundproofed corner of our university’s performing arts complex. I am, among other things, a Shakespeare professor in UNC Charlotte’s department of theatre, and I had been about to participate in an end of year celebration for our graduating students. Then the gunfire started in a neighboring building a couple of hundred yards away. Some people ran, some took shelter, fearing that we might be more vulnerable outside. I took a group of students and we waited it out in a locked dressing room, watching our muted phones for news of what was or might be going on.

I was oddly calm at the time, as if I had always known this day would come. I knew that my job was to stay composed and help others to do the same, and though we knew shots had been fired, we didn’t hear anything. Theatres are built to screen the noise beyond their walls out, so we kept still, listening for the sound of footsteps approaching, of someone trying to get in, wondering which of those with us might help fight off an attacker.

Those were the instructions we got through our phones from the school’s emergency broad cast system. We had missed our chance at the first, and all we could do was the second, hoping it didn’t come to the last.

And it didn’t. People died, but not us. One student, Riley Howel, sacrificed himself to disarm the gunman, and then the police contained the situation. We didn’t know that for almost two hours, during which time there were rumors of a second shooter which came through social media, talk of the police looking for bombs in other buildings… So we waited until the all clear came, the police swept the buildings and we emerged back into normal reality.

It was a couple of days before my first full on panic attack. I was grocery shopping at the store I always go to. It was all absolutely familiar. Then, for no reason I can identify, I started freaking out. I had to warn people how much danger they were in. I had to get out of there before he got me.

It wasn’t rational or triggered (the perfect word) by anything I could pinpoint. I just felt unsafe. 51 weeks on, a part of me still does.

So I did what I always do when I need to process something: I wrote. Specifically, I wrote a fantasy novel about a Buffy the Vampire Slayer-esque high school girl called Trina who wakes up one day with a curious affinity for and skill with blades: kitchen knives, machetes, swords. She was a hero born for a specific moment, a moment taking shape in her school, a moment we have seen countless times on those TV screens and laptop computers…

I wrote almost continually for thirteen days, pausing only to eat and sleep and use the bathroom. And when I was done I had a story called Impervious: young adult in terms of the protagonist, a little shorter than most complete novels, but a story, whole and finished. I tidied it up over the next week or so, polishing some more during the editorial process which spread out over the few months after the novel was acquired by Falstaff books. But the heart of the thing was done in those first thirteen days when I could still feel what it had been like, sneaking, hiding, wondering if I would walk away from it. Never in my life has the old cliché been truer: this was a book I had to write. It was part catharsis, part clarification and it was entirely necessary.

I am not naïve enough to imagine for a moment that a novel will have any significant impact in the world, but maybe—maybe—it will help people who have been in similar situations, or have not fully imagined what that experience is like. At the time I was baffled by how upsetting it was since, as I kept telling people, I had never personally been in serious danger. I wasn’t shot. I didn’t see those who were. But I have felt vulnerable ever since, as if a portion of the world I knew only by repute has become real to me. Maybe the book will do similarly for others. If nothing else, it’s a book about heroes, sung and unsung, and we always need those.