Annnnd here we go for today:

Trump wants CNN to apologize for a poll that has Biden ahead: Oh, bless his sad little heart. I do understand it’s been a bad couple of weeks for the president, what with botched photo ops and hiding in bunkers and behind gates and his open racism not working for him the way he wants it to. But this is a very silly tantrum for him to be having in public, and anyway, it’s not just CNN that has him taking a poll thumping recently. I don’t see it being out of the realm of possibility that Trump demands an apology from everyone who give him poll data he’s not happy with, although I understand he’s going after CNN specifically because he’s decided it’s the news company that will be his nemesis, this week, anyway. CNN, of course, has no intention of apologizing, because why should they.

Christopher Columbus had a rough night: A statue of him in Boston was beheaded and another in Richmond was toppled and thrown into a lake — immersion in water apparently being the new hotness in statue desecration. On one hand, public property shouldn’t be attacked, blah blah blah, etc, but on the other hand, speaking as an Italian-American who therefore has Columbus as his secular patron saint in the United States, fuck that genocidal piece of shit, there shouldn’t be statues of him up anywhere, much less entire cities and countries named after him. Someone on Twitter made the cogent point that statues aren’t about education, they’re about commemoration, i.e., propaganda, which can be benign or… not. The propaganda about Columbus stopped being convincing a while back. I’m not going to cry to much about him walking the plank.

Gone With the Wind gone with the, uh, wind or something: More accurately, pulled down from HBO Max, apparently until such time the studio can do for it what they already do for Looney Tunes, which is to put a disclaimer up that basically says “Hey, FYI, there’s some real racist bullshit here, we’re not going to pretend it didn’t exist, but we all know better now.” Which, you know. Is fine. Stalwarts who are winding themselves up about non-existent First Amendment issues will be pleased to know one may still rent GWTW via Amazon Prime or Google Play or other online services, and can still get the Blu-Ray, so no one can take it away from them, ever (the book is also widely available, if you’re into that). So, yes: If three hours and forty minutes of genteel southern racism is your thing, you can still have it, all over the place.

The newest winery in the Dayton area, literally across the street from me: I mean, literally, as in, I can see the driveway for it from my office window: 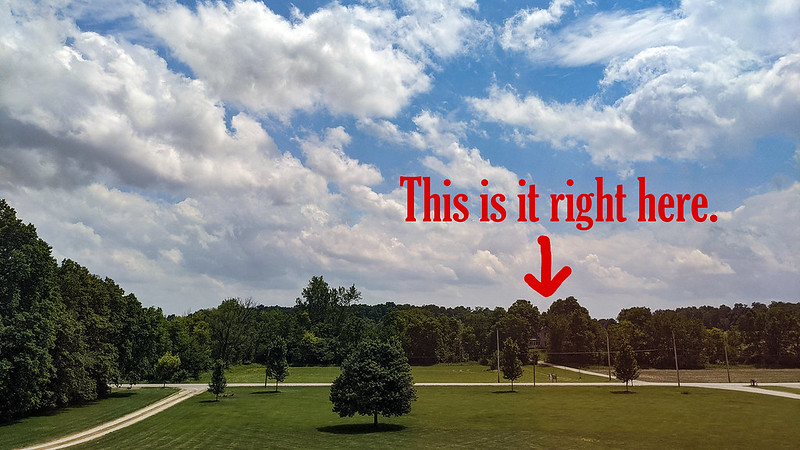 The property used to belong to the parents of one of Athena’s classmates, and for the last year or so they’ve been doing construction, putting up vines and otherwise getting ready to welcome people in. I suppose it’s likely to increase traffic a bit, but we’ll see if it’s an actual nuisance. I’m optimistic about it and am thinking it will be a nice addition to the neighborhood. They start takeout service this Friday, so we’ll soon find out. I do like the idea of a new business in our little town. It’s good to see it happen. Here’s their direct site, if you would like to check it out (and/or would like to order something from them).

It’s hot and humid and our air conditioning is on the fritz, Part II: The Humiditing: We had our house air conditioning looked at last week, and then guy who came was all, yup there’s a problem, and then told us that the soonest anyone could get out to fix the particular problem was Thursday next week, i.e., this week, i.e., tomorrow. So we’ve had to endure the hottest and most humid week on the 2020 calendar (so far!) without central air. I am personally a delicate little flower who actually does work from home and would like not to dissolve into a puddle of anguished sweat, so I went and got a single-room air conditioner for my office. It works great, in that the instant I leave my office during the day every other part of the upstairs is noticeably hotter and makes me want to die. So: worthwhile investment, and since it’s for my office, tax-deductible as well. The only drawback is that it’s not exactly quiet. But if I have to choose between silence or sweating miserably, well, let’s just say I bought an air conditioner and got a white noise generator as a bonus.