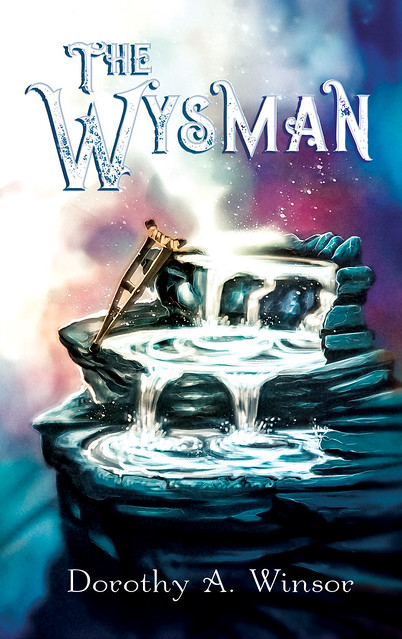 If you think creating a new world for your fiction means you’ve left behind the troubles of this one, you may be right — but now you have to think about the troubles of the new world, and what they mean for your characters. Dorothy A. Winsor have some thoughts about new worlds and their details, and how they apply to her novel The Wysman.

The plot of The Wysman turns on a question that appears in various forms throughout speculative fiction: Who should rule the kingdom? Or the country? Or the star system? I’ve always believed that secondary world stories, like The Wysman, are inherently political because as soon as you create a world, you have to think about power. Who has it? How do they get it? How do they use it?

In The Wysman, the Big Idea turned out to be that the best judge of a ruler is often a person who’s not firmly anchored to a place in the power system. In this case, that’s sixteen-year-old Jarka.

Loss or gain? Jarka was born with a crooked foot and uses a crutch. In the world of the book, Jarka’s disability gives him the ability to read the wind because the gods never take something away without giving something back. I’m a bit of a magpie as I scavenge up ideas for story elements, and I confess I “borrowed” the disability/gift connection from Bujold’s Miles Vorkosigan. Miles’s disability doesn’t give him a literal gift like Jarka’s, but his mother encourages him to think of it as something that can make him a deeper person. As with Miles, tension between loss and gain—i.e., an unanchored position—was literally embodied in Jarka himself when he first appeared to me.

(I make no apology for borrowing ideas, by the way. I think stories are mostly magpie nests arranged and shaped in different ways. Borrowed ideas are turned upside down, sideways, or back to front and become something new.)

An unanchored position extends to Jarka’s relation to power because powerful people discover his gift and take him into the castle to train as a Wysman, an advisor to the king. Overnight, this teenaged boy goes from being a street kid to being groomed for one of the most influential positions in the kingdom. Not that he fits easily into his new place. Plenty of people believe he’ll never fit there.

A character living in between. For most of the book, Jarka lives in the nowhere of in-between: between high and low, castle and street, childhood and adulthood, gods and men. This in-between status is what made him show up on my page. It’s what allowed the story to evolve the way it did because when street kids begin to disappear, Jarka can’t stop looking for the monster grabbing them, even when the king orders him to and he desperately wants to avoid being back on the streets. Jarka can’t forget the insight that his in-between positioning gives him. He knows what goes on in the castle; and he knows what goes on in the streets. This leaves him uneasy, and uneasy characters make for compelling stories.

Over the course of writing the book, then, I realized that lurking behind this character who popped up on my page was the idea that a character who’s adrift offers insights and possibilities–if I can see my way to exploring them.

I think it’s often the case that writers learn the possibilities in their stories only gradually, as they write them. That was certainly true for me as I wrote The Wysman.