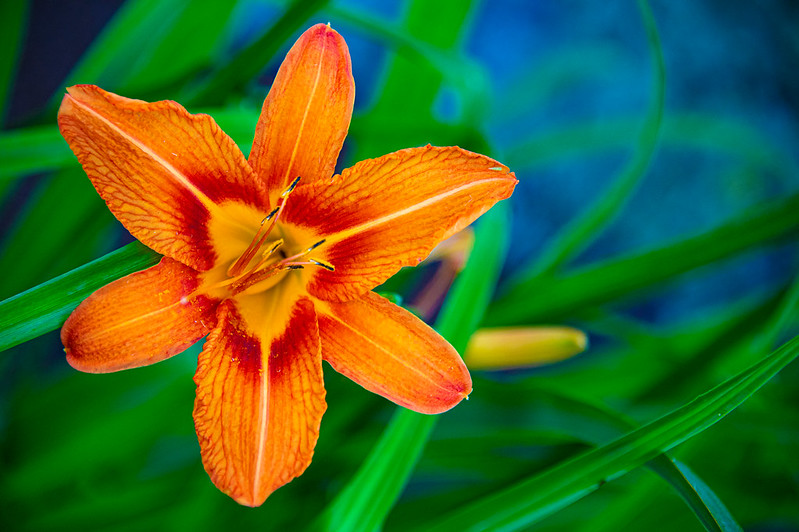 First, in my brain I had today, Tuesday, pegged as the first day of July when I took my break. I was genuinely taken by surprise yesterday when I looked at a calendar and it was the 29th instead of the 30th. Math is hard, y’all. Anyway, today was the day I put in my schedule to check back in with everyone, even if it’s a day early on the calendar. So, uh, hello.

Second, I feel better, thank you. I spent most of my days off reading, watching movies, playing video games and taking pictures, such as the one above, of a lily that’s in my yard. And also, you know, thinking about life and things and stuff. Taking time away from the world was a good thing for me, because the week before this felt like getting repeatedly punched in the face by news and revelations, and I needed time to process all of it, away from people who (it at least felt like) wanted me to immediately respond to everything that was happening, and then wanted to nitpick how I responded. I can handle a lot of that, but eventually I need to tap out, as I expect anyone else would. Four days off did a lot to help get me on a more even keel.

(Although not entirely. Still processing, folks. Still thinking about things. But feeling a little less like I’m being punched in the face by events.)

Third, looking back on June I got less writing done that I would like: about 12,000 words, which is not bad, but I spent most of the second half of the month distracted by events, both public and personal. Tomorrow starts the second half of the year — I know, what the actual hell, right? — and if I write a thousand words a day, every day, between July 1 and December 31, I will just about be on schedule for everything I have due by the end of the year in terms of pay copy. This doesn’t count other projects, both professional and personal, I’d like to engage with before 2020 is history.

My solution here is something I already know — run away from social media for some portion of the day. When I did that in the first half of June I did fine; when I didn’t in the second half, well. I lost a considerable amount of focus. This is, for me, a tale as old as time.

With that said, there’s another aspect of it, too, which I think I’ve been minimizing: it’s not just time on social media, it’s engagement when I am on it, and how social media is making me feel when I use it. The term “doomscrolling” refers to how people basically suck down fountains of bad news on their social media thanks to friends (and others) posting things they’re outraged about. It’s gotten to the point for me where, particularly on Twitter, it feels like it’s almost all doomscrolling, all the time, whether I want it to be or not.

I don’t want to leave Twitter (or other social media), but I do have to recalibrate how I manage it if I want to stay on it. So that’s a thing I’ll be doing — I’ll be trying some things on Twitter and other social media starting today and recalibrating as needed going forward. How will this affect Whatever? I don’t think too much, except that I am considering turning off comments on posts here slightly more often, if for time and/or other reasons I’m not able to ride herd on the conversation. We’ll see.

So that’s where I am at the moment! Wheee, it’s fun! I hope you’re okay, and wearing masks and being smart about social distancing and all that good stuff. We’re about to get into the second half of this year. It’s going to be a thing. Let’s get to it.