Goodreads’ 100 Most Popular Sci-Fi Books List: I’ve Got Some Stuff On It 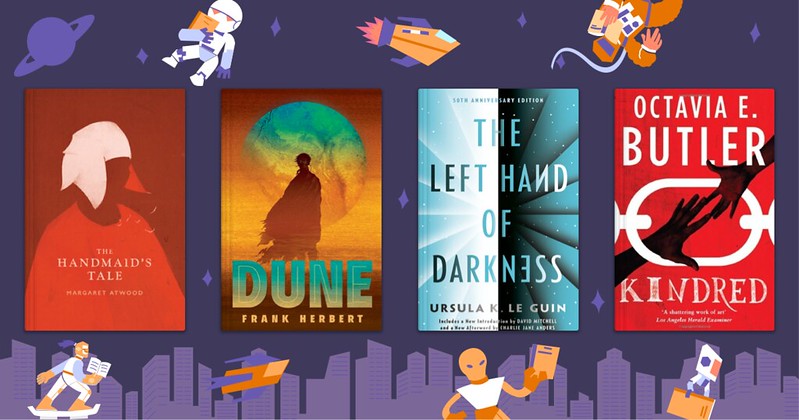 Specifically Old Man’s War, Redshirts, Lock In and The Collapsing Empire. Neat! Here’s the full list for your amusement, perusal and commentary. In all it’s an interesting list, and it’s (reasonably) balanced between classics and newer work; the timeframe here ranges two centuries, from Frankenstein to some of current Hugo nominees.

It’s worth noting that a) the list only concerns itself with adult science fiction, so YA SF and adult (and YA) fantasy books are not included in the list (including some books which could be considered either SF or Fantasy, like NK Jemisin’s Broken Earth series), b) Goodreads excluded multiple books from a series, so any one series is represented by its most popular entry only, c) “popular” is different from “best” or “most important” or “influential,” although of course there is some overlap. It’s a list meant to be argued with, basically.

Because I was curious and also have an ego, I checked to see if any other author had four books (or more) on the list. Turns out, no! There’s a seven-way tie for second place, with Heinlein, Bradbury, Clarke, Vonnegut, Dick, (HG) Wells and Stephenson placing three works each on the list. This is, I expect, literally the only time I’ll have one up on that group of writers, so I will take it, thank you.

(Even then there a couple of caveats, including the fact that my top-ranked book, Old Man’s War, shows up at #44. Sure, I have two more books on the list than George Orwell, but his two books are at #1 and #2, so he has that going for him, which is nice. But! Still! Four!)

Anyway, this is my little ego boost for the day. Thought I’d share. It’s nice to write things people seem to like. I hope I get to keep doing it for a while longer.

← The Big Idea: Sarah Henning
Back to College? Not Yet →

36 Comments on “Goodreads’ 100 Most Popular Sci-Fi Books List: I’ve Got Some Stuff On It”