Slow news day, am I right? Nevertheless, here are five things for you today:

This just in: Trump not king. Which is to say the Supreme Court ruled against him today with regard to the release of his taxes to the State of New York, and didn’t rule for him with regard to having to answer congressional subpoenas. As I understand it everything is going back to lower courts to get hashed out, but the gist of it for me is that the Supreme Court has finally decided on some limits to executive power, and honestly, not a damn moment too soon for that. And while it’s unlikely that any of this tax information will be out before the election, it seems likely to me that it will be out eventually, and if it doesn’t show, shall we say, a certain amount of legerdemain and nefariousness, I will eat my hat (it will be a hat I specially make to be edible, but even so). Short version: Trump’s probably a criminal, probably in hock to foreign interests, and will go down as abjectly the worst American president since James Buchanan, and (depending on how the next few months go) possibly finally edging into a tie with that benighted soul. I look forward to all of that coming out.

Oh, and half of Oklahoma is Native American territory: I mean, that’s certainly a hell of a thing, isn’t it? Apparently the Supreme Court was all “oh, hey, the US has to actually honor a treaty,” which, you’ll forgive for saying so, is a thing I never ever expected any branch of the federal government to say out loud. Maybe I’m cynical. I honestly can’t pretend to understand all the implications of the ruling, since it wasn’t something I had ever thought about before it was ruled upon, but it certainly feels big, both for the ruling itself and what it means for future jurisprudence regarding Native Americans and their treaty lands. Someone with more expertise will need to tell me what it all means.

No mask, no venti latte: Starbucks will be requiring masks for service now, which a) they should have already been doing and b) I expect will be part of a wave of many business finally figuring out that if they’re going to stay open and not be infections pit (and thus be on the hook for liability), they have to tell people to wear masks, which are, after all, the literal least they can be doing so as not to infect other people. I personally won’t be going to Starbucks, since I don’t drink coffee, don’t like paying $5 for drinks, and even if I did the nearest Starbucks is like 11 miles away. But I do appreciate them actually doing more to keep Covid from being transmitted than the literal national government right now. Admittedly the bar is low.

No slurs for Scrabble: The North American Scrabble Players Association has banned the use of apparently 236 racial and -phobic slurs from official play, and Hasbro (which owns the game) is changing the official rules to note that slurs are not acceptable in “any form of the game.” I don’t have the list of now-banned slurs in front of me, but I am curious, outside some of the most obvious, what words are on the list and which are not. I strongly suspect some rules-lawyering bigots are going to be out there trying to get around the intent here. Because some people are just assholes (a word which, by the way, is apparently still allowed in play).

Here, have a hibiscus. They’re pretty. And I get a kick that they grow in my yard here in Ohio. They’re out of place but thriving, which is something I, a native Californian, can empathize with. 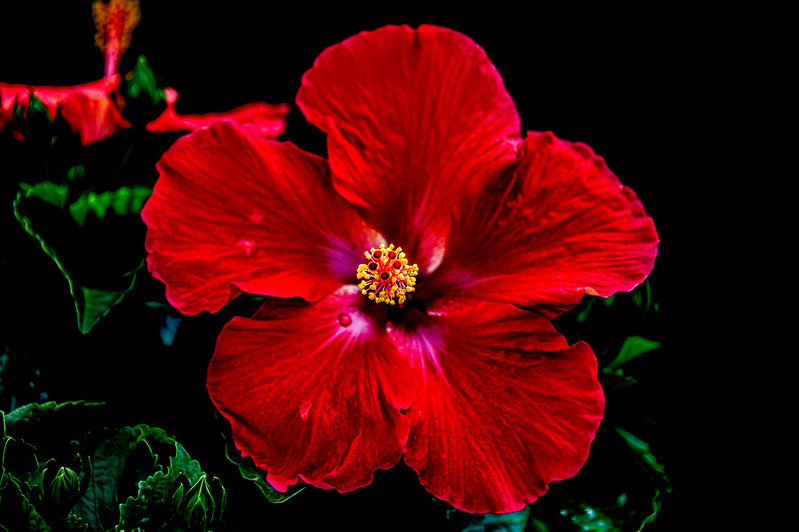 ← The Big Idea: Catherine Asaro
A Note About Borderlands Books and Alan Beatts →