The Virus Claims Yet Another Social Event 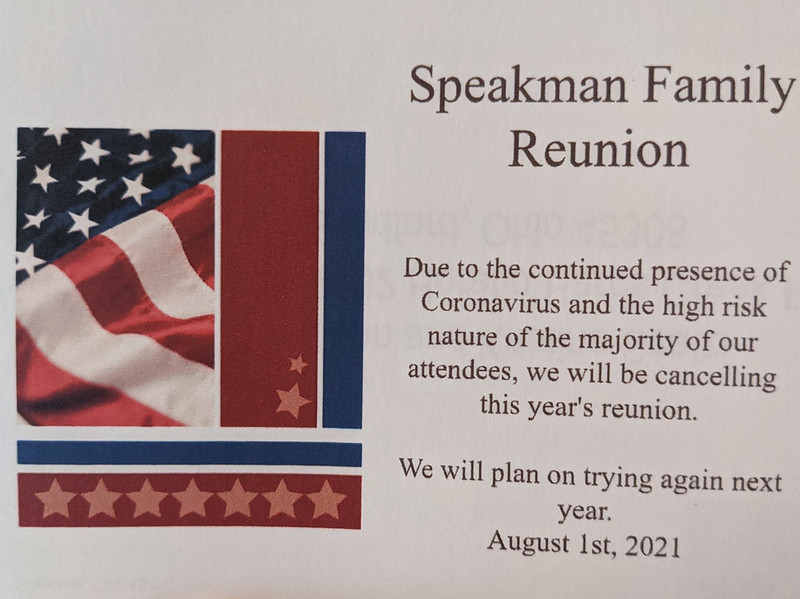 Krissy’s extended family congregates every year in early August for a reunion, an event that a few years back had its 100th anniversary — but because of the virus, there will be no reunion this year. The family skipping the reunion has only happened once before, in concert with World War II, so if you’re looking for quotidian evidence that this pandemic is in fact a history-level event, there you are. Also, obviously, it’s the right thing to do; many of the annual attendees are elderly and possibly exposing them to this thing is not a good plan. I will miss the lard cake (which is cake made with lard, but not a cake made primarily of lard, that would be weird), but as with so many things now, I can wait a year to have it.

(Or make it myself! I could do that! But it would be strange having it outside of the reunion. Those of you who regularly partake of reunions probably know what I mean here.)

16 Comments on “The Virus Claims Yet Another Social Event”