I Got a Permanent Crown Today and I’m Still a Bit Fuzzed Up, So Here’s a Picture of Jupiter I Took Last Night 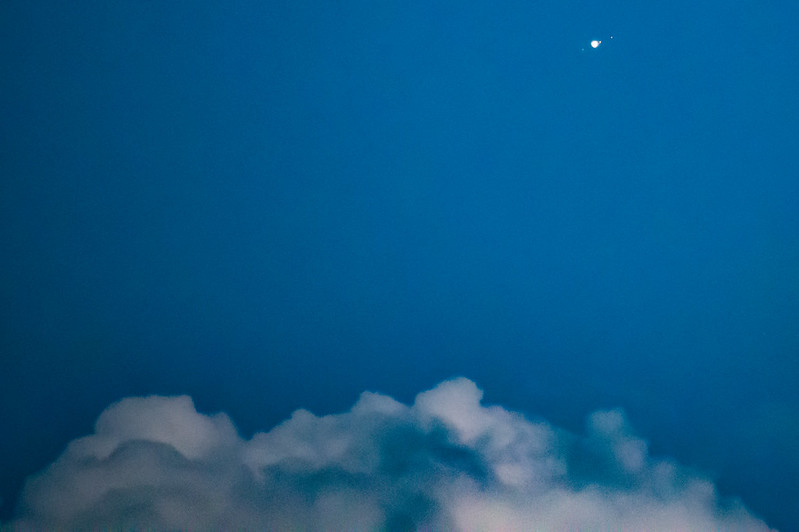 With its Galilean moons, even! I took it last night in a break between rain clouds (seen below), with my Nikon and its telephoto lens fully extended. All four Galilean moons are in the picture, although one of them is smooshed in between the planet and one of the other moons. You might see it better in this larger version of the picture.

As I noted on Twitter last night, this is the first time I’ve ever gotten a picture of the Galilean moons, so I’m pretty happy about that. I also mentioned that I took the picture handheld rather than with a tripod, which seemed to impress a bunch of folks. Don’t be too impressed; I have five other photos that are basically streaks. But this one came out, so I’m happy.

In other news, the new crown seems to be fine, but the the novocaine is wearing off, I’m feeling a bit dazed and I’ll be eating very soft foods this evening. Go me.

21 Comments on “I Got a Permanent Crown Today and I’m Still a Bit Fuzzed Up, So Here’s a Picture of Jupiter I Took Last Night”