Attack of the $30 Rental: Why Disney’s Mulan Strategy Just Might Work 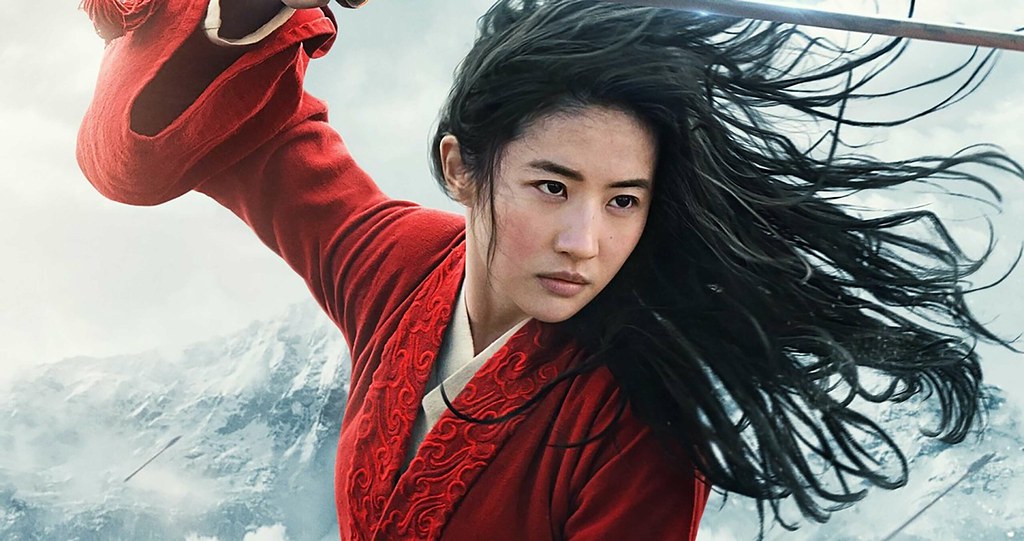 After bouncing the release date from March to July and then August — all of which were scuppered by the COVID-19 virus — Disney has finally announced that it’s going to make its live action version of Mulan available on Disney+ on September 4. The caveat: It’ll cost an additional $30 to rent it on top of the usual monthly fee for the service. So not only will you have to pay a really high rental fee for the film, you’ll also have to get Disney’s streaming service to get it.

I think this is super-interesting and might actually work reasonably well. Here are the reasons:

1. This is a family film. Which means that for the people who were going to see it, they were likely to watch it as a family, which means they were going to buy multiple adult and child tickets to it, plus concessions, plus parking, plus possibly dinner beforehand or whatever. Which is to say, the financial investment for a family was already going to be at least $30, or like $50 or even more. A family watching this film is not going to lose money on this rental.

2. It’s an established property. It’s established in two ways: One, it’s a remake of a beloved Disney animated film, and two, it’s part of the Disney “animation-to-live-action” franchise, which includes the billion-dollar remakes of Beauty and the Beast and Aladdin. Mulan comes from the same animation era, i.e., the “Disney Renaissance” which means it’s likely to have the buy in on the same scale as those two films, especially with Millennial parents who love the originals.

3. Disney+ is ready for it. Disney announced the streaming service now has 60 million subscribers, which is a significant number on its own, and also means that Disney+ have a large enough audience base that making this a purchasable on the service has some economic feasibility. If 10 percent of the Disney+ audience rents the film at the $30 purchase point, which is not an unfeasible number, that’s a $180 million gross for Disney. That’s not as much as it might make in the theater (it’s reasonable to think Disney thought it would make in the area of $300 million domestically from the film), but here’s the thing about that:

4. Disney should net almost all of that rental fee. In the US, Disney has to split the box office with the theaters. Disney is known for asking for 60+% of the box office for its big releases (which Mulan assuredly is) in the first few weeks, with the theaters usually getting more of the gross the longer it runs. In later video on demand runs, Disney gives a cut to the service hosting the video. But Disney owns Disney+ outright; it almost certainly doesn’t have to give anyone else a cut of the gross.

Why does this matter? Because it means Disney doesn’t have to make as much money to recoup the cost of the film. Mulan is estimated to have cost $200 million to make, and probably cost between $100 million and $150 million to market. In order for Disney to make back all that money in theatrical distribution, the film would have to make somewhere between $600 million and $800 million globally. But without having to give anyone else a cut, now all Disney has to do is make the cost of the film itself. Which it could quite conceivably do as a $30 rental on Disney+.

(NOTE: I am vastly oversimplifying here because among other things the film is still being released theatrically in countries where theaters are open, and will even show here in the US in some theaters when/if possible; this film is going to have a very complicated back end. But the overriding point is — Disney keeps substantially more of the gross in this model, and needs less money to break even.)

5. Disney is not destroying its ancillary gross avenues. People who don’t want to pay $30 for the rental will probably be able to wait a few months and get Mulan as a standard video-on-demand title, and on Blu-Ray not long after that, and then on Disney+ standard streaming and finally on Starz or whichever movie channel Disney currently has relationships with, and so on. So even if the $30 rental doesn’t pan out, the company has some options to recoup over the medium term that it wouldn’t have (or would have fewer of in any event) if it just put the film out on the Disney+ as part of the standard offerings.

Why didn’t Disney do this with Onward or Artemis Fowl or Hamilton, all of which were meant for theatrical but which ended up on Disney+ as part of the standard service? Excellent questions! With Onward, it was because it was already (barely) in theatrical when the theaters shut down in the US; bad luck there, but it is what it is. With Artemis Fowl, it was because a) it was a movie meant to launch a franchise, not part of a franchise that already existed, so there wasn’t audience buy-in, b) Disney knew it had a turkey on its hands, so it both saved money not promoting it, and didn’t get the black eye of a box office bomb. And with Hamilton, that was a pure play to lure in a different set of subscribers to Disney+ than it might have otherwise, and it worked like a charm; Hamilton’s success is probably a significant reason why Disney+ now has the critical mass to host a Mulan release this way in the first place.

To be clear: Disney’s plan here with Mulan could fail, in which case Disney will take the write-down and chalk it up to experience. But if it doesn’t fail, and in fact hits big (which in this scenario would be $250+ milllion at the $30 rental price), two predictions: Disney tries the same trick with Black Widow in the November(ish) timeframe, and by the end of the year Warner Bros. tries it as well with Wonder Woman 1984, possibly on HBO Max. After family films, superhero films are the next safest bet in the $30 rental scenario.

I should also be clear that when and if people in the US can safely go back to the theater at the same levels as they did before COVID-19, the $30-rental-instead-of-theatrical-release is going the way of the dodo. This is a “next best thing” strategy as well as an “everyone knows this is the only way to see this now” strategy. Movie studios have a contentious relationship with exhibitors, but there’s still money to be made there, on top of money to be made elsewhere. What is more likely to happen is something that Universal and AMC have already agreed to: a shorter theatrical exhibition window, followed by a high-price rental window (in which exhibitors get a cut), followed by the usual VoD, Blu-Ray, streaming, cable, etc.

We’ll see after September 4 whether Disney looks smart or foolish. But fundamentally I can’t fault their decision to try getting Mulan out this way. There’s only so long you can leave these big movies on the shelf. If it works, Disney will have done very well for itself.

← Housekeeping Notes for the New Regime
The Athena Mallet →

40 Comments on “Attack of the $30 Rental: Why Disney’s Mulan Strategy Just Might Work”