A Four is a Two is a Six

One thing to know about me is that I love shopping. Like, so much so that it’s an issue. Much like Ariana Grande said in 7 Rings, “think retail therapy my new addiction.” However, there are so many reoccurring issues I run into when shopping, that you’d think they’d be enough to deter me from the activity overall. For instance, as many of you know, I’m 5′ 10″. This alone makes shopping difficult enough, since almost all pants are highwaters (capris) on me and all dresses are too short for me.

To add to this, I’m chubby as hell. Thicc with two c’s. A real tubby marshmallow, to put it plainly. Being tall and overweight is a tough combination. And while the tall thing is a relatively new issue, I’ve been overweight for half my life. So once I became old enough to shop for myself, and did so quite frequently, finding my size became a bit of a challenge.

Point is, women’s sizes are confusing! It’s so hard to know what you are when every store, every clothing line, every designer has different measurements for their cookie cutter sizes. A pair of size 12 pants in one store might fit you perfectly but a pair of 12’s in a different store might be completely different. If you’ve ever seen this image floating around, originally posted by @chloe______e on Twitter, in which all of these pants are a size 12, you can start to see why it’s so hard for women to know what size they really are. 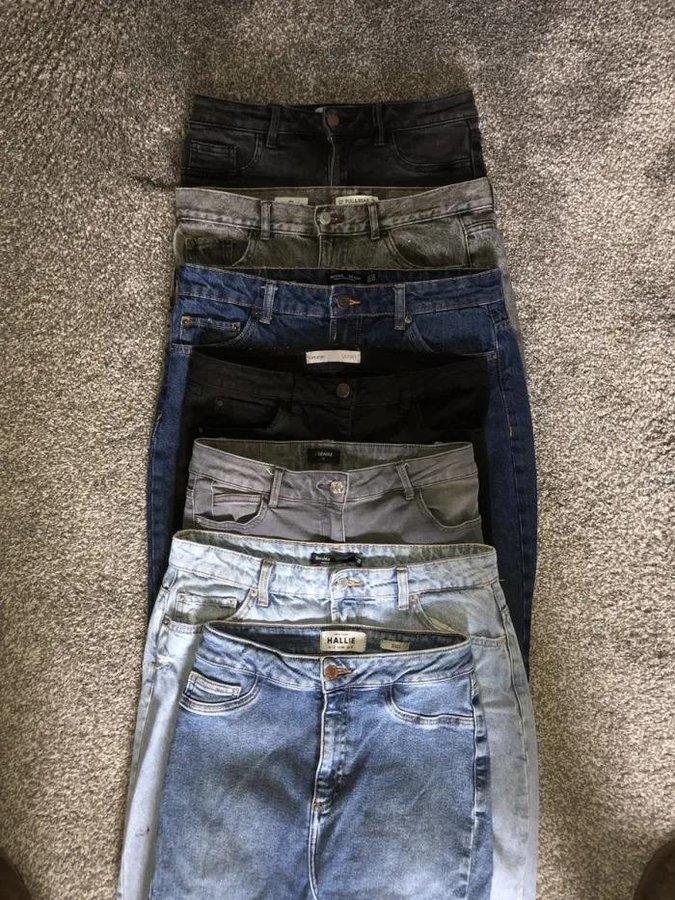 Meanwhile, men’s pants sizes aren’t some random number, like a 4 or an 8, they’re actual inch measurements! 30×32, 33×30, these are numbers with real meaning. This is not to suggest this issue doesn’t happen to men though, because I’ve seen a men’s shirt in a medium and an xx-large be identical before.

As someone who is always stuck in between the normal sizing and the plus sizing, it makes it hard to find clothes at either type of store. For example, if I go into a plus-sized only store, like Lane Bryant, everything is too big, despite the fact that I don’t fit into any of the normal sizes at other stores. There are certain stores, like Rue 21, which divide their stores in half, one half is for normal sizes and one half is for plus sizes. I think this is kind of a bad way to do it, because it feels alienating at times, but I can see how it would work if you assumed everyone knew their size without fail. But in stores like that, I always find myself bouncing back and forth between the two sides, and it’s frustrating!

Not only are the same sizes inconsistent across different stores or brands, but even the same brands will be inconsistent with their sizing, like when a women named Riley Bodley showed that her size 4 jeans were actually smaller than her size 0 jeans, from the same company, but the size 0 pants were bought a few years earlier. Which means that American Eagle made their bigger sizes smaller! I’m in awe, really. How do we (me included) let ourselves be so distraught by what size we wear, when companies are constantly changing the sizes, let alone making them consistently smaller? I mean what can we expect when clothing companies put out these pre-cut clothes, when every single body is different? How can we think that the same pair of jeans will fit a hundred different people just because they’re all an eight, or a ten, or a four?

So you would think with all this, I would hate shopping, but on the flip side of this chaos, when you actually do find something that fits, and looks good, that moment of joy is fucking addicting. I am someone who does not have stellar body confidence. So when I find something that looks decent on me? I have this innate need to buy it. Because who knows when I’ll find something that fits this well again? Who knows when a dress will look this nice on me again? Better play it safe and buy it. And I have this mentality for literally dozens of clothing items, which leads to me spending way too much on clothes.

Also, I think clothing is such a great way to express yourself! There are so many different styles to explore, aesthetics to showcase. Everyone has such unique taste in clothes, it’s hard not to love fashion when it can be so fun. But I can also understand people who don’t feel the same, who prefer function over fashion, comfort over cuteness. Why waste money on an expensive outfit when a t-shirt and jeans do the trick? And honestly, to each their own. You should always do whatever makes you most comfortable and happy!

This post really is just to express one of my many, many frustrations with the fashion industry. My biggest complaint about the fashion industry is far less surface level than sizing, and has to do with where our clothes come from and the factories and laborers that produce our clothes. Which gives me a perfect opportunity to promote a fantastic book I read not so long ago called Where Am I Wearing? by Kelsey Timmerman! I highly recommend checking it out if you’re interested in the source of most of our clothes and the people behind the garment making.

Anyways, that’s all I really had to say, just a bit of a vent piece. I hope it was relatable to some of you! Or at least enjoyable if nothing else. And I hope you have a great day!

(Also, someone in the comments of my last post asked me what the M is for. It’s my middle initial!)