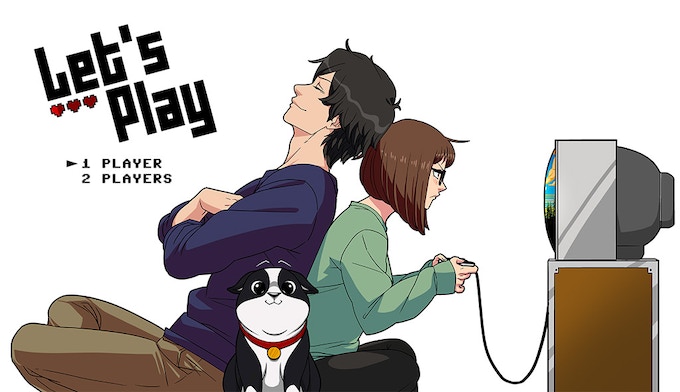 One thing you probably see on here a lot is book recommendations. I mean, makes sense, sure, but wouldn’t it be nice to explore another medium of stories? Well, have I got just the thing for you! For the past two years, I have been reading an amazing webtoon called Let’s Play; a story about an indie game developer who finally comes out with her own game, only to have it totally trashed by a popular streamer. Then, said streamer becomes her new neighbor! But it’s not just about that, oh no, there’s office drama, gaming drama, coffee shop drama, and so much more!

One of my favorite things about sticking with a webcomic for a long period of time is you get to see the artist’s style change and progress. The other day, I went back to the very first episode after reading the 125th one, and I didn’t even recognize one of the characters for a second! Seeing someone’s style change is so fascinating, and really shows you just how hard the artist is working to provide quality content each and every episode.

One of my favorite things about this particular webcomic is how real each and every one of the characters are. They have so much personality, their struggles are believable, and each of them is likable in their own ways. It’s one of those stories where the side characters aren’t just empty husks meant to support the main character, they’re fleshed out, have their own episodes, and are presented as characters that actually matter. And, some of them are super cute, which doesn’t hurt either. Yes, I know they’re a drawing, no that doesn’t make them any less hot, okay? Okay.

Anyways, this comic is so much fun! It’s hilarious, emotional, realistic, and engaging. This is definitely my favorite webcomic right now (though there are some close runner-ups I might post about at a later date). Follow Sam on her journey of navigating through her ever-changing relationships with those closest to her here. Make sure you go to the first episode! And have a great day.