Some of you may recall, back in June 2019, when I surveyed the landscape of potential Democratic presidential candidates, Kamala Harris was my first choice. This is what I said at the time about why that was:

Because she’s hella smart, pretty savvy and because I think her background and daily practice in politics shows she’s not scared of anyone, least of all the Republicans. I also suspect that she would put together a very fine cabinet of equally smart and savvy people and be the best chance to reverse the four years of stupidity and cupidity we’ve endured to this point. Is she perfect? Lol, no, and I suspect people will be more than happy to expound on this in the comments. But I don’t need perfect at this point, and additionally I think she’s smart enough to know where she’s not smart enough, and will collect people to her to compensate. Also, she’s not old as fuck, and her personal baggage seems dealable. Plus she’d shred Trump in the presidential debates like he was a chicken straight out of the crock pot. Yeah, I’d watch that. 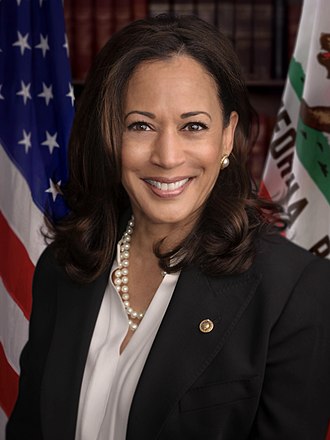 Now it’s August 2020, and as we know, Harris did not become the Democratic presidential candidate, Joe Biden did (what I said about him at the time: “I mean, honestly, meh?” which is an assessment I stand by). But, Joe Biden just today decided to make Harris his partner on the Democratic ticket, in the Vice-Presidential seat.

So how do I feel about that?

Not surprisingly, pretty good. One, to be blunt and gross, if Biden keels — and he might, he’s 78 — then I get what I wanted in the first place, and beyond that, the current thinking is that Biden will stay in office for one term, teeing up Harris for ’24 (someone should check with Biden about that thinking, however). But two, presuming Biden stays perfectly healthy for four years, he has a super-competent vice president who will almost certainly have her own portfolio in the White House; I can’t imagine Harris agreeing to be Vice President if all she was going to do was twiddle her thumbs for four years, hoping for Biden to kick off.

In the meantime, she’s a net plus for diversity on the ticket and I expect will be excellent campaigner. Plus, while she regrettably won’t get to shred Trump in the debates, watching her tee off on Pence, who writer Elizabeth May just memorably described as “an actual jar of heated mayonnaise in human form,” will be delight enough. And I imagine she’ll get her punches in on Trump while campaigning, which will infuriate Trump to no end; we know how angry competent women make him.

As a former attorney general and someone whose crime policies were not, shall we say, the most enlightened, Harris is not a huge favorite of the more progressive folks who are aligned with the Democratic party. Inasmuch as the Republicans will try to scare the white folks with the idea of “soft on crime” Democrats, however, her being on the ticket will make that slightly less effective. Given that half the white people in America are currently and inexplicably still planning to vote for Trump, these little things will matter. I mean, honestly, what the hell, fellow white people, why are at least half of you this way, please stop.

This is not an election cycle for people who need perfect people with perfect positions in any event. It’s an election cycle between “likely competent” and “actually fucking criminal.” So: Kamala Harris! Very likely to be a super-competent vice president! Hooray! I was going to vote for Biden anyway, because a meh president would be a refreshing change from the awful bigoted trashfire of corruption that is the alternative. But now at least there’s someone on the ticket I’m actually happy about. Let’s hope we make it to November, everybody!

← Updates to Guidelines for Publicity and The Big Idea
The Big Idea: Julie E. Czerneda →

Get Signed/Personalized Books for the Holidays!

I'm teaming up with my local independent bookstore to get you signed/personalized books for the holiday season. All the details are here. (US only.) You buy 'em, I sign 'em!