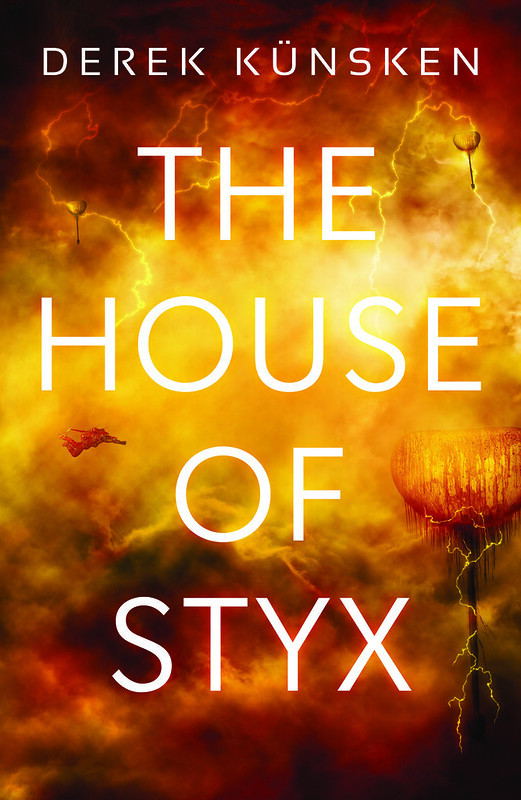 Moving is hard. Moving to Venus is harder. Author Derek Künsken shows us just how difficult acclimating to strange new lands can be, and what it means to be a family in a place so far from home in his Big Idea, The House of Styx.

I often start my stories from a sense of place. I’m a sense of wonder junkie so the weirder the place, the better it is for me as a launch point. Sometimes, if I’m really lucky, the place comes with a feeling around which the story and characters can accrete. For my new novel The House of Styx I did have a feeling although it wasn’t necessarily a positive one.

You see, Venus is hot enough on the surface to melt lead. Or roast a chicken quickly. Actually, scratch that. The pressure (ninety atmospheres) and the weird properties of super-critical carbon dioxide might dissolve the chicken. I’m not sure. I didn’t research that part because I didn’t include any chickens in the novel. The sequel will have more chickens than a Muppet movie though, so no worries.

My point is that Venus is hella inhospitable. Even when you get above the crushing pressure and baking heat, it’s still raining sulfuric acid. Any colonists who move there will not touch the surface without a submarine or bathyscaphe, won’t touch the clouds without an environmental suit, and won’t look at their new world with their bare eyes. If that were me, I might feel that my new environment hated me, and the feeling might become stronger with every leaky valve that exposed me to sulfuric acid burns. The idea of being so severed from the environment unsettles me and feels like the big idea around which everything else in the novel coalesced.

Of course we don’t come from Venus; we would have to immigrate there. We already know that immigrating anywhere is a traumatizing, dislocating experience where people feel the submersive, profound strangeness of being in another place, the lack of belonging and isolation. I don’t play a psychologist on TV, but I did accidentally become an immigration professional two decades ago and I think that Venus gave me a science fictional way to explore the experience of settling somewhere new.

Our environment sets a series of expectations in us as we grow up. The familiar is good, comforting, welcoming. I wonder if that kind of patterning goes deeper. In our species DNA and neurology, are green growing things hardwired in as good? If so, how messed up would we be growing up in the clouds of Venus? Or in a moon base? Or in an asteroid?

Immigration to somewhere new brings with it a suite of messed up choices, not only because immigrants have to make those choices in new contexts and with costs that they’re just learning. Immigrants aren’t just making choices for themselves, but for their descendants. Their children and grandchildren will be born somewhere else, with all the known and unseen advantages and disadvantages. I explored my Québécois roots in The House of Styx and wondered how similar the experiences were of French colonists trying to make a life in 17th century Acadie after a one-way trip across the Atlantic and my colonists in the clouds of Venus.

At first, communities are small and there’s an enormous reliance on family. Family of course is a push-pull sort of force in life. Having family means loving or hating difficult people, staying with them and protecting them as you hope they’ll protect you. Families have the kid who can jump high and the kid who can’t. Families do their best to blunt the worst excesses of stupid teenager carelessness and teach people to love where they can. Families are hard. They sometimes help us to find our way in the world. Sometimes they drive us into the right niches in an unpleasantly ironic way. All of this is part of the big idea of course; when your environment is at war with you, you really need family, good or bad.

I enjoyed visiting Venus as a sense of wonder junkie. I dug the pressure, the acid, the strange geology and alien weather and at its heart, the novel is a Godfather story, a family saga whose flawed people could be the only authentic cast. But the big idea at its heart is the terrible and wonderful dislocation of people and environment. For some, the alienation from the world is a curse and for some it’s a blessing, but in no way can our habitat ever change so drastically as colonizing new worlds without bringing into sharper focus what it means to be human.

← Spread Your Anger Like Soft Butter Over Warm Bread
Okay, Sure, It’s My Fault Science Fiction is the Way It Is Right Now →