Your Unabashed Support of Trump Will Embarrass Your Bloodline for Generations

Where I live, Trump flags and signs are extremely common, to the point where it’s almost weird to see a Biden sign. The other day, however, I saw a new kind of Trump flag I’ve never seen before, but I saw two in the same day and thought it was so incredibly bizarre I just had to share. 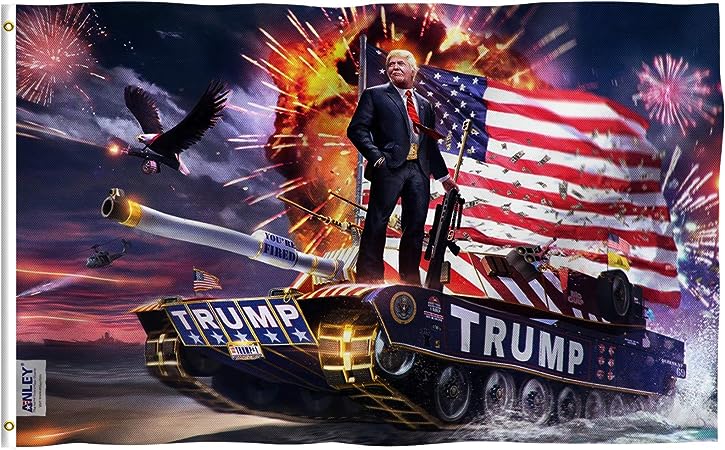 And it really got me thinking about how wildly fanatic some people are, which we’ve known for a while now, but I mean it really is wild how people just casually fly flags or have merch like this for a presidential candidate. Yes, I know about yard signs and bumper stickers and t-shirts. But there is the usual level of partisan cheerleading, and then there’s this. What a truly bizarre thing to do, in my opinion.

Anyways, it also led me to think about how years from now, maybe twenty, fifty, even a hundred years in the future, people will look back at photos of crowds of people wearing MAGA hats and the pictures of people flying Trump 2020 flags, and regard them with the same embarrassment and disdain we feel for segregationists when we look back at the 1960s, or the way we feel about flat Earthers. People in my generation talk about how horrified they are to think their grandpappy was in the KKK; it’s something you don’t bring up because it’s shameful, and I’m sure that’s how people will view Trump supporters in the future.

Not that they don’t do it now, obviously. There are plenty of people who are disappointed and angry with their own family members for voting for Trump, or people who disagree with their grandparents’ outdated views. However, there is also a truly unbelievable amount of people my age and even younger that fully support Trump in this unabashed way that we usually only think Boomers are capable of.

Those are the people I’m talking about whose grandkids will look at them with embarrassment. I’m not talking about the people my age who already see their grandparents that way, but the generations to come, the kids that don’t exist yet that will look back into our window of history and think, “How did this happen? Who supported this monster? How was this possible?” We look back at the 1960s and think, “Who the hell was against MLK? Who could’ve possibly been against equal rights?” And yet, we see rampant anti-BLM people every single day.

I’m sure that some day in the near future, those goddamn red baseball hats will be viewed the same way we view Klansman hoods, and the Iron Cross. Supporting Trump today is embarrassing, but it will continue to be a stain on your bloodline for years to come.

Anyways, remember to vote! And have a great day!