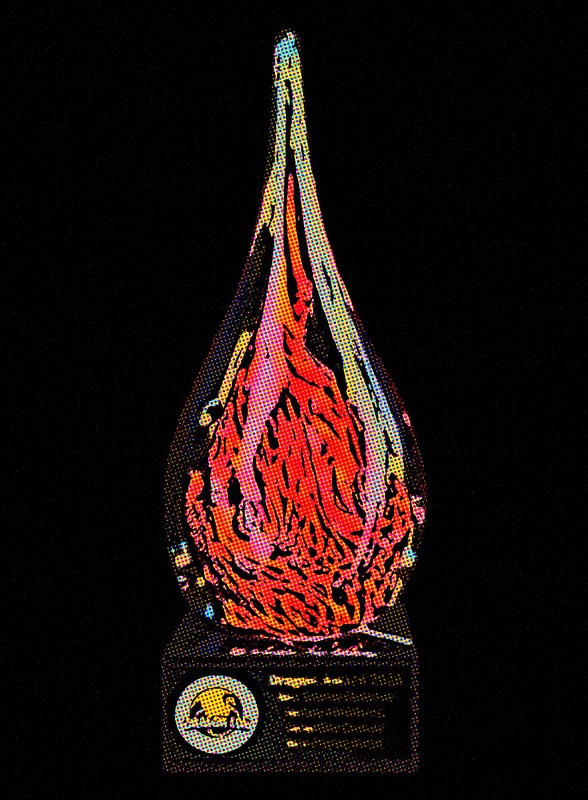 It’s now been a couple of days since The Last Emperox won the Dragon Award for Best Science Fiction novel, and thus, as we can see from this File 770 post and thread, there has been some commentary on how I and my book won this particular award (and how some other winners might have won theirs). This is of course in the grand tradition of nerds overthinking award wins, and what they mean in the larger scheme of things.

Personally, I don’t think the reason I and the book won is particularly complicated. It’s like this:

b) Written by a well-known contemporary science fiction author, who has won a fair number of awards in his career;

c) Who has been nominated for Dragon Awards before, including for the first book of the trilogy that The Last Emperox concludes;

d) And who also happened this year to be the Literary Guest of Honor for the convention that gives out the award, which almost certainly helped to boost his visibility amongst the voters for that prize.

Note that none of these things, individually or in combination, assure a win, particularly in a year in which the other finalists in the category include authors whose books have been best sellers, finalists or winners of Hugos, Nebulas and Bookers, or have been optioned for television or film. Nor should they assure a win! After the win has been accomplished, however, they certainly help with the armchair quarterbacking.

There are alternate theories of this win of mine, as there would be, because people are like that. But I suspect, as in most award scenarios, Occam’s Razor is likely to apply. In this case: Popular book by popular author wins popular award. Seems pretty straightforward.

(I am aware that there are some people who are fervent in the belief, against all obvious evidence to the contrary, that I am not a popular author or have popular books, and therefore any time I win a popular award there are dark and sinister social and/or corporate forces at work on my behalf. As awesome as that would be — who doesn’t want to have dark and sinister social and/or corporate forces working on their behalf? — it’s a very silly belief, and not one worth treating with any sort of seriousness.)

As I’m reasonably sure that the combination of factors I outlined above contributed significantly to my win, and also, I’m delighted to have won (I like to win awards! It’s fun!), I’m going to simply be happy with my win, and thank those who voted for me. Otherwise, I’ll let others feel how they feel about it, and theorize however they like about how it happened and what it means. I wish them joy in that. Everyone needs a hobby.

And in the meantime, I look forward to getting the nifty Dragon Award trophy and putting it up on my shelf. I’ll let you all know when it arrives.