Clash of the Geeks, Ten Years On 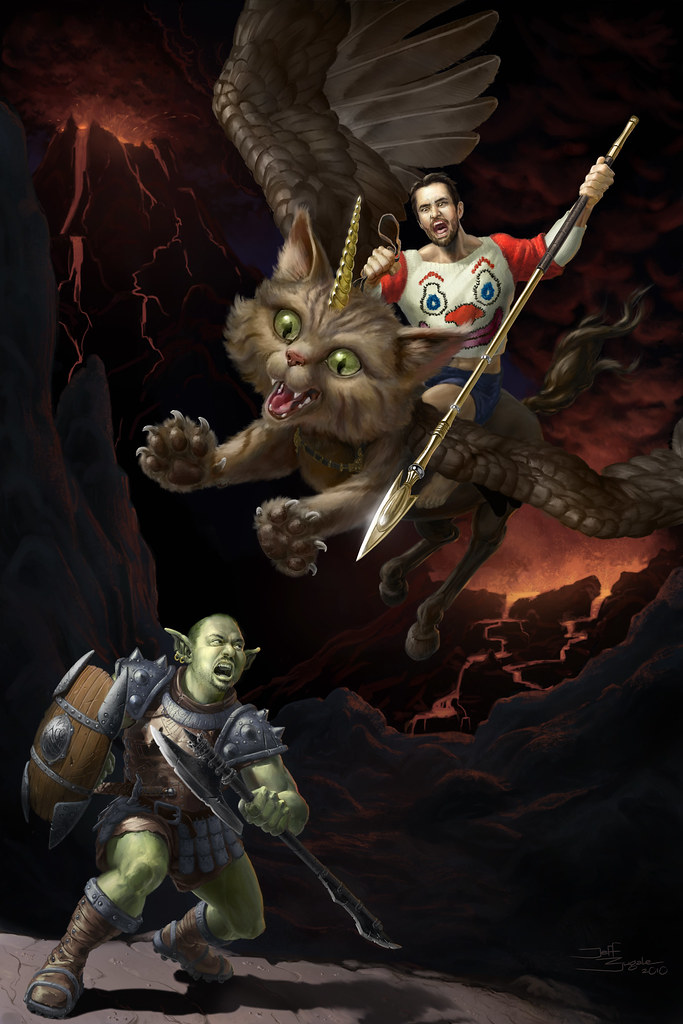 It’s that last question that gave us the impetus for Clash of the Geeks, a small chapbook anthology whose several stories, by me, Wil, Patrick Rothfuss, Catherynne Valente and Rachel Swirsky, all centered on, what, exactly, was going on in the illustration. These stories were, well, rather silly, but obviously that was sort of the point. If you can’t have fun with the picture above there’s something wrong with you.

But there was a serious goal for the chapbook as well: To raise money for organizations supporting those who suffered from Lupus. Clash of the Geeks was offered for free here on the site, but we encouraged people to donate to lupus-related organizations, and specified the Michigan Lupus Foundation in particular, because our friends at Subterranean Press, who published the chapbook, were in Michigan (and Gretchen Schafer, wife of SubPress publisher Bill Schafer, was and is someone living with lupus). We ended up raising something like $25,000 for the Michigan Lupus Foundation, in addition to whatever people donated to other lupus-related charities (we weren’t keeping track of those). For something silly, we did some good.

Today is the tenth anniversary of the release of Clash of the Geeks. Because Whatever and its various subdomains (including unicornpegasuskitten.com) have been moved around and/or redirected over the years, direct access to the Clash of the Geeks chapbook has been difficult — it’s become a bit of a lost, if fondly remembered, piece of Scalzi ephemera. Given the day, it seems appropriate to make it accessible once more.

So: Here is the PDF of Clash of the Geeks. Here also are the ePub, Mobi and RTF versions, courtesy of the Internet Archive (which will also show you a version of the original UnicornPegasusKitten.com site here). As before, there is no cost to this chapbook — it’s yours, enjoy! — but if it inspires you to donate to a lupus-related charity, that would be lovely. Thank you for continuing to make Clash of the Geeks something that is useful as well as fun.

And what about the brilliant artwork above? Well, we made two prints of it. One, we auctioned off for charity. The other I framed and now it’s displayed in our guest room, over the fold-out bed. When people come into the room, their first question about it is “what the hell?” and, “why?!?” or some variation thereof. It’s nice to see that even after a decade, it still reaches people.

Also, for everyone who visits my house and then sleeps under the orcish Scalzi and buffed out Wheaton, and, of course, a unicorn pegasus kitten: Sweet dreams. 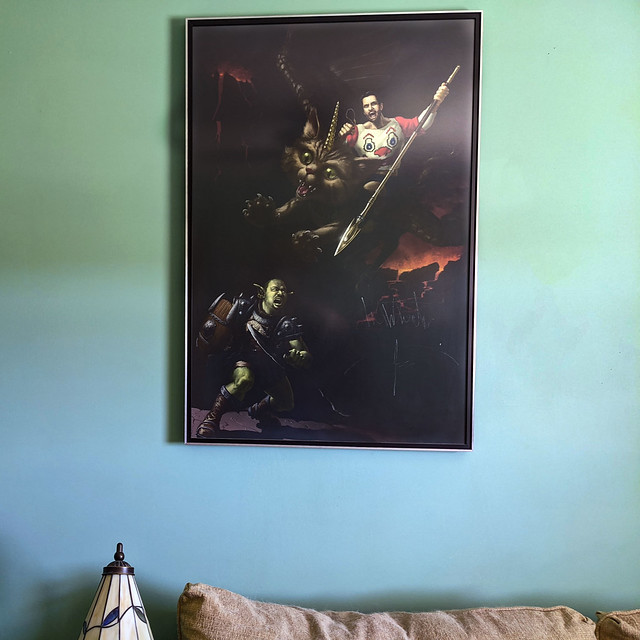 22 Comments on “Clash of the Geeks, Ten Years On”