A Bit of Disclosure, Re: Sneak Previews and Special Events 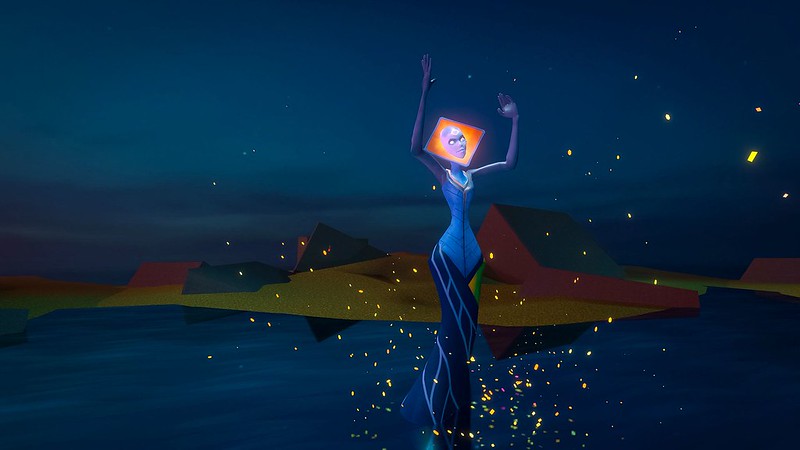 In the last couple of months, I’ve — quite mysteriously! — been added to a number of PR lists inviting me to virtual sneak previews of upcoming shows and other related media events. The way it works is you’re invited to an online “red carpet” event, with either sneak previews of the show/movie or some ancillary-but-related event: The picture above, for example, is of a spoken-word performance by Jurnee Smollett in a VR space, associated with her show Lovecraft Country. With the invite often comes swag of some sort, sometimes something as goofy as package of space-related candies, and sometimes as expensive as a virtual reality rig. If one accepts the invite to screening/event, the PR company will ask that in return one notes that one is participating in said event on social media, often by using a particular hashtag, so they can track who is talking about the event, etc.

So that’s the basic deal. PR companies are doing this at this point because they can’t do the traditional red carpet events but they still want to get the word out, and with regard to me, I expect that they see me as someone reasonably well-connected into science fiction/fantasy circles, so getting me to talk about their shows/movies on social media is a useful thing.

I’ve been invited to more of these sort of events than I’ve accepted, but occasionally something will pique my interest to attend — for example, a trio of Lovecraft County-themed VR events (because I was a fan of the book, and now, the TV series), and just today I accepted an invite for a screening of Moonbase 8, an upcoming comedy series starring John C. Reilly and Fred Armisen, because I thought it looked funny. In keeping with the Whatever disclosure policy, I feel it’s ethical to note that I’m getting these invites, that sometimes I accept them, and that sometimes they’ll send along swag when I accept the invite.

Also, while generally speaking I’ll be happy to note that I’ve attended/participated in one of these events (up to including hashtag use), as a matter of principle I won’t falsely say I enjoyed a screening or event if in fact I did not enjoy it. If I say something positive about the event, it will be because I genuinely enjoyed the experience. I’m not bought off by a box of candy (or by a VR rig). This is reminiscent of when I was a professional film critic and would attend junkets to see movies early, and they would give us swag bags and t-shirts and do various events for us. I remember specifically being taken to a really cool event for Super Mario Brothers. It did not entice me to speak well of that mess of a film.

In any event, that’s the deal. If I chat up these events, I’ll happily disclose their nature as something I was invited to, so you’ll be aware of it and can tweak your expectations accordingly. It does no harm to pull back that little bit of the curtain, I think, and quite a lot of good, in terms of credibility.

← And Now, Some General Thoughts About the Election
The Big Idea: James S. Murray →

11 Comments on “A Bit of Disclosure, Re: Sneak Previews and Special Events”