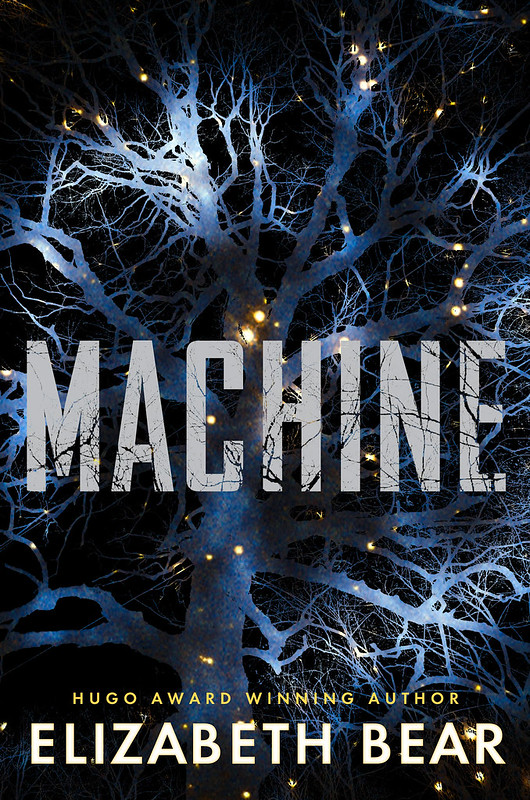 Things work… until they don’t. And when they don’t, what then? Elizabeth Bear has thoughts on this, and how they relate to her latest novel, Machine.

Hello, everybody! Thanks for this moment of your time. I’m here to tell you about The Big Idea (or at least one or two of the big ideas) behind my new book, Machine.

Machine is a space opera about Dr. Brookllyn Jens, a rescue and trauma specialist whose vocation involves jumping out of one perfectly good space ship to reach another, usually significantly less perfectly good one—and then locating any people inside the second ship and getting them to safety as quickly as she can.

(There’s also a poop joke near the beginning that I put in just for John.)

It takes place in the same setting as Ancestral Night (2019) and when I wrote the Big Idea post for that book, I focused pretty heavily on ideas for new systems of government and maintaining social order and justice. Machine contains some of that as well (as you might expect) but in writing this book, I was much more concerned with what happens to us—as people, as societies—when the systems we have come to rely on and trust betray us. When they break, or when somebody breaks them.

Dr. Jens is a character who is close to my heart. She’s crusty and hypercompetent and has the dark sense of humor you might expect from a first responder or a trauma doc, if you’ve known many of either. (I used to work in a hospital and I am married to a former firefighter, so I’m… familiar with the breed.) She also deals with chronic pain and requires adaptive technology to do her job, and as somebody with chronic pain issues of my own I found that aspect of her character pretty emotional to write.

She’s dedicated to her calling and devoted to her job, and she’s even more devoted to the institution for which she works. Core General, the biggest hospital in the galaxy, owes a huge debt to the works of James White, an Irish SF writer and pacifist whose Sector General stories were formative for me.

Jens’ loyalty to the ideals of the hospital and its service to sentient-kind is her most basic motivation. That sense of duty leads her to make choices that have a real adverse effect on her family and on her own emotional life, and she’s so driven she has a hard time seeing that effect. So what happens to somebody like that when they realize that not only is the thing they have been most devoted to broken… but they were among the causes of it getting broken?

And what happens when that break reveals even deeper ruptures and betrayals that go back to the very beginning?

What do they do then?