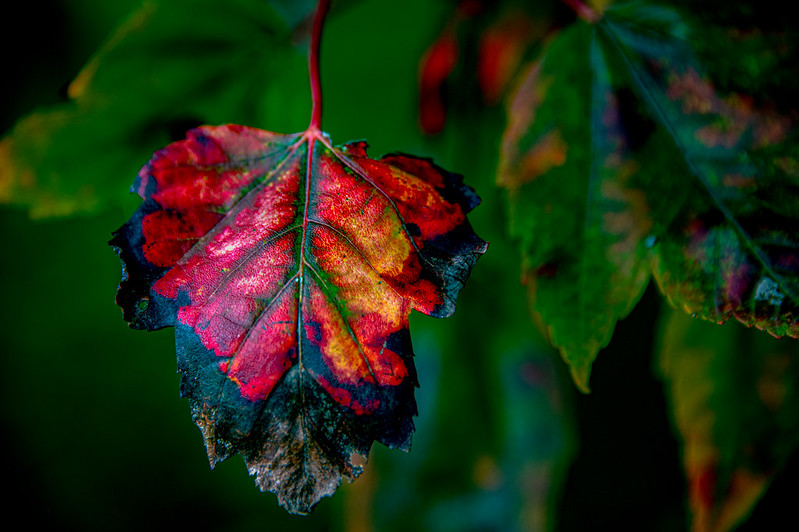 First off: Hey, you like fall foliage? I happen to have a lot of it around my house, and I’ve collected some photos of this year’s foliage in a Flickr album. My plan is to add to it, not only this year but also in subsequent years, so it’s just becomes this amazing album of autumnal splendor. Get in on the ground floor!

Second off, a new version of Photoshop has arrived and as someone with a Creative Cloud membership, I downloaded it and have been playing with it. It comes with some nifty-but-not-always-useful new features, including Sky Replacement, “Neural Filters” and more substantive color grading features.

And how are they?

Well, the one I’m most impressed with is the “Replace Sky” feature, because it does both a very good job of replacing the sky without a whole lot of obvious artifacts where the sky meets the foreground, and with then color grading the photo as a whole to match the sky, uh, atmospherics. Photoshop has presets for skies or you can upload your own, and they don’t even have to be real skies — I uploaded a photo of one of my cats and was treated to a seamless photo of a Godzilla-sized Spice peeping over the roof of my house.

The feature is impressive and also one that I don’t think it’s likely I will use a whole lot of, one, because the skies around my house are generally impressive enough, and two because it feels a little on the wrong side of the “totally ‘shopped” line. More accurately I might use it for amusement purposes (see: Catzilla), but if I were to use it otherwise I would probably feel obliged to disclose. I’m not exactly a sky purist — I fiddle around with levels for my skies and am not above ‘shopping out a contrail or two — but I do generally feel like the sky you see has some relation to the sky I shot.

(On the other hand, I can see someone doing portrait photography where the focus was a person swapping out a notably crappy sky for something nicer, because why not. I’m not judging, unless you take a stock sky are and all “look at this perfect sky that just happened to exist where I am” or something.)

The Photoshop “neural filters” are a real mixed bag. I showed off some of what they can do the other day with the “Fake Young Scalzis” entry, and my thought was the “de-aging” filter was fun to play with but not especially useful in the real world — it would have to be a lot more fine-grained in its controls for that (Adobe is aware of this — it’s listed as being in “beta”). Other features are even less fine-tuned, including the ones that are meant to change expressions but mostly just make the face you’re playing with look creepy as hell.

The most successful of the neural filters is the one that offers “skin smoothing,” which is best understood as virtual foundation makeup, and which, when used appropriately, does a very decent job in de-blotching skin, which I think is an entirely acceptable use. Go too far and then suddenly you’re in the Uncanny Valley, which is not great. A little goes a long way. But it is nicely done. This is one of the neural filters that is not in beta.

Finally this year Photoshop offers better color grading options for RAW photos, similar to the color grading you might find with video programs. It’s cool but it’s not something I’ve personally found a use for yet. I figure I will with time.

My overall impression of a lot of these new Photoshop features is that they are fun but not actually essential, with the one thing I can see being essential-ish (the color grading) something I personally don’t have much call for. I’m not sure any of them will make my pictures better, more than they give me something else to play with when I’m processing my photos. This is not a complaint, and anyway since I have the subscription these aren’t upgrades I paid an additional fee for. So why not. They do no harm to the Photoshop program or the way I work with pictures, so ultimately I feel vaguely positive about these features. It’s nice to have new toys.

← Political (Dis)Engagement
October Is Almost Over So Make Some Seasonal Treats While You Still Can! →