As I mentioned in my apple cider post last month, it is truly the season for pumpkin spice! However, there is one seasonal flavor that I think is leagues above pumpkin spice, that being chai. Chai is truly a divine drink, especially iced chai lattes! So when I saw one of my favorite food bloggers of all time, Half Baked Harvest, post a recipe called Chai Spiced Maple Sugar Cookies with Browned Butter Frosting, I knew I had to make them.

And so began my perilous journey! Well, maybe not perilous. But we’ll just say it was to keep the story interesting. Anyway, the ingredients list is super simple! I know it looks long and intimidating but that’s just because there’s so many spices in it. The cookies are basically just butter, brown sugar, flour, and eggs for the most part! And then you throw in all those delicious spices like cinnamon and ginger that are the epitome of seasonal flavors. Same with the frosting, it’s really not hard! I know browned butter sounds fancy and tough to accomplish, but I can assure you, the frosting was a piece of cake (wait, aren’t we making cookies?).

The only ingredient on the list I found to be an issue was the chai sugar. I’d never heard of such a thing before, as amazing at it sounds, and couldn’t find any at the store. But it’s optional so whatever!

Here is the amazing picture of them included with the recipe: 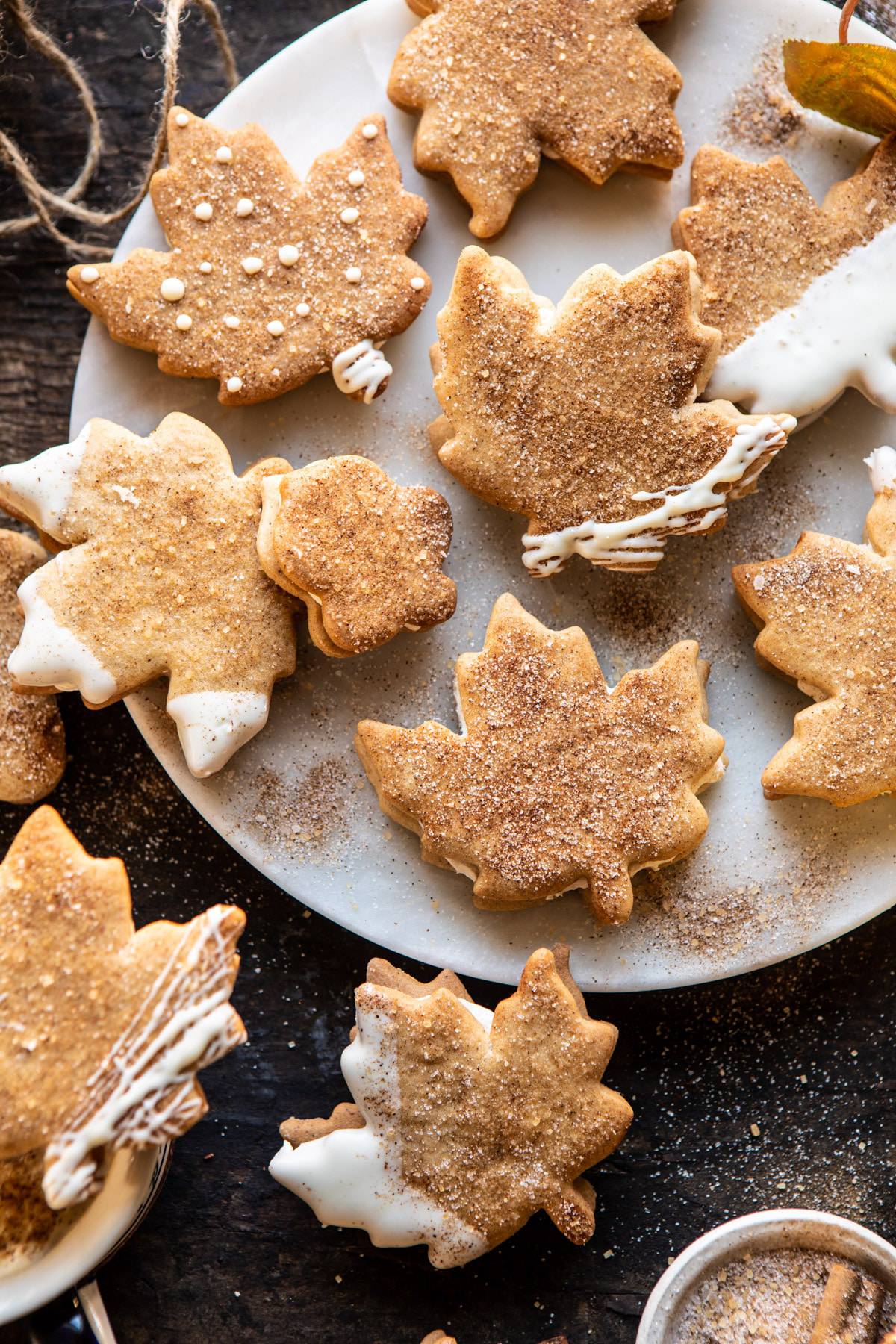 (Image courtesy of Half Baked Harvest) 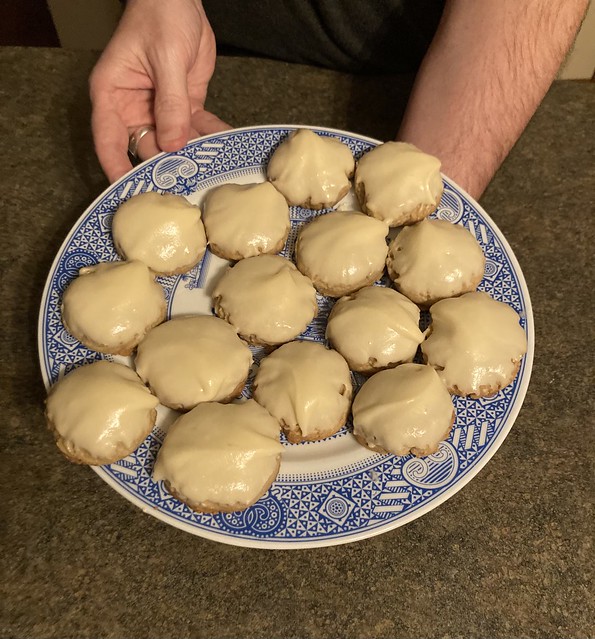 So yeah. Kind of not how I had hoped. But for starters, I didn’t have a leaf shaped cookie cutter. Or any cookie cutters. And I also made them too thick to turn into sandwiches, so I just put the frosting on top instead! Honestly I’m a rebel.

Unfortunately, they’re kind of ugly. Especially since the frosting is on top and I don’t even have any chai sugar to sprinkle on! I kind of blame myself for them being ugly though since I didn’t use a cut out shape or anything, just scooped them with a cookie dough scooper. They didn’t spread out at all, so whatever shape you put them in the oven as is what they’re going to look like when you pull them out.

As for taste… they’re pretty okay. They’re not bad by any means but they’re not exactly what I wanted them to be. I don’t know if it’s my fault or the recipe, but they were a little lackluster. The frosting definitely adds to it, but the cookie itself without frosting is just alright. The frosting is quite good at least.

I had a friend that rated the cookie 7.5/10 and another say 6/10, so that definitely says something. One said they didn’t taste like much, which I can agree with. If I ever make them again, I think I’ll put in a higher quantity of spices than what the recipe says. They just taste kind of plain. And they’re a little tiny bit on the crumbly side. Again, this may all be user error. 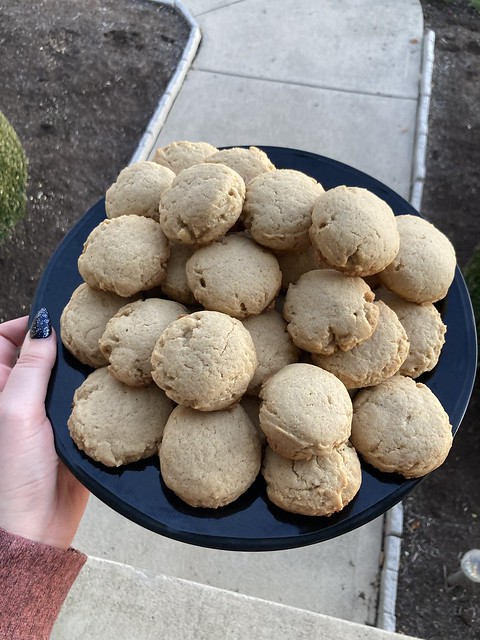 They’re very basic looking. I really wish I had a cookie cutter shape. And yes this picture was taken outside because I have garbage lighting in my house. The bottoms of the cookies got browned before the cookies were really done, but it was far from detrimental or anything.

So, yeah, made about two dozen cookies if not a smidge more, and had to buy almost no new ingredients for it, it’s pretty simple! I recommend if you make this, you should attempt to make it a little more flavorful or sweet or something. And if you have a leaf cookie cutter, definitely do it the way it was intended to be done.

Let me know if you like pumpkin spice or chai better in the comments, or neither, and have a great day!

← The Sore Loser, and the Malign Loser
The Big Idea: Kimberly Unger →