If there’s one thing to know about me, it’s that I love chocolate milk. So when I got an ad for Slate, a company that boasts a delicious, healthier, shelf-stable version of the stuff we all know and love, I decided to give it a shot.

Slate’s version of chocolate milk is 120 calories per can, and has 17 grams of protein while only having 9 grams of sugar and 1 gram of fat. It’s also lactose-free! So, while this sounds good on paper, it makes you wonder if the taste gets nerfed from all the healthy benefits it boasts about.

I bought the 12-can variety pack, which as you can see from the photo above, comes with all three of their flavors: dark, classic, and espresso (the espresso contains 150mg of caffeine! There’s about 100 in a normal cup of coffee).

I do like the packaging, if that matters at all. The cans are thin and sleek and I like the minimalistic look a lot. I appreciate that they put the most important nutritional facts in a small enough print at the bottom that it isn’t distracting, but still make it clear what’s going on inside the can.

Anyways, I poured out shots of each one for me and my parents to try. Here’s the skinny on each flavor:

The classic is what we went with first. We figured we should start with the one we believed would be truest to the thing it’s trying to taste like. Did it succeed? Not exactly. This healthier chocolate milk mostly tasted like a Yoo-Hoo, an American watery chocolate beverage. It fell very short of the standard I personally hold for chocolate milk. It was thin, tasted kind of funny, and left an aftertaste that was less than desirable. So, I think of it less like a healthier milk, and more like a healthier Yoo-Hoo. Here’s a comparison of Slate and a Yoo-Hoo nutritional information, respectively: 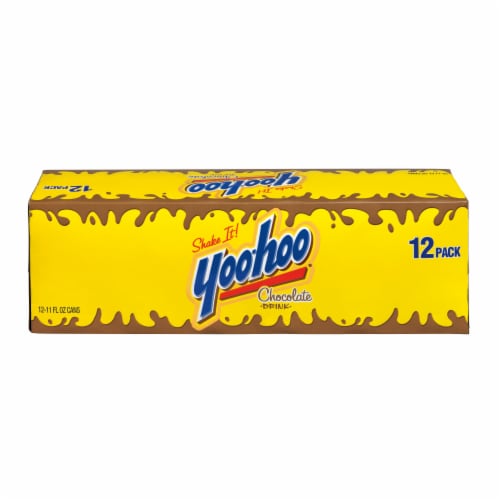 As you can see, Slate has way less sugar and way more protein, as well as a ridiculous amount of potassium, calcium, and vitamin A. So, if you like Yoo-Hoo, you might want to try this flavor! It may not be a great substitution for the real thing, but certainly a good enough replacement for Yoo-Hoo.

Up next was the dark chocolate flavor. This had the same thin consistency as the classic, but a worse flavor, according to me and my mom. My dad, however, thought it was an improvement from the classic, and ended up finishing the rest of the can! He said the dark was a 7/10, while the classic was a 5/10 in his book. My mom and I disagreed, and poured the rest of our portions out in the sink.

Finally, we tried the espresso. This one actually wasn’t that bad! If you like the taste of coffee well enough, anyway. My mom said they taste just like the tall cans of Starbucks espresso drinks you can get from gas stations and whatnot. So, again, while this is not really a good replacement for real chocolate milk, it’s definitely a suitable, possibly healthier replacement for say, a Starbucks Doubleshot Espresso drink.

All in all, I wasn’t really that impressed with these. My family and I agree they were sort of “meh.” They definitely weren’t terrible! But they certainly don’t come close to the real deal. If you are someone who is lactose-intolerant, or trying to watch your sugar intake, this might be a good option for you!

They aren’t bad, but they aren’t great, and with a cost of about three dollars a can, I can’t say they’re totally worth it. Maybe I’d drink this as a post-workout drink, if I kinda just chugged it and didn’t focus too much on the taste.

(I couldn’t decide if I liked this photo or the one up top better, so you get both.)

I think what Slate attempted is a noble cause, I mean who doesn’t want healthier chocolate milk? They just need to work on the flavor aspect, and then they’ll be golden.

Oh, one more thing, they have free shipping! A lot of times when I go to purchase something like this, the shipping cost ends up being as much as the actual product, and I don’t end up buying it as a result. So, yeah, hooray free shipping!

Have you tried Slate before? What were your thoughts? Do you have a favorite brand of chocolate milk that really just hits different? I wanna know all about it in the comments! I hope you all have a great day.